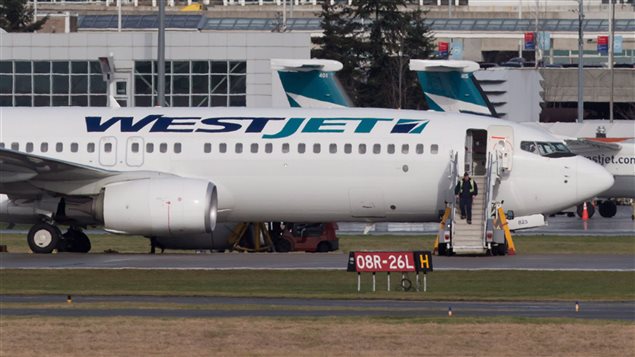 A complaint against WestJet has gone public and could hurt the airline’s brand.
Photo Credit: PC / Darryl Dyck/Canadian Press

Several reports of workplace harassment have made headlines recently in Canada bringing the issue to the attention of the public and employers. A woman is suing the WestJet airline for allegedly failing to protect her from sexual assault by a pilot. And there have been complaints about persistent harassment both in the national police, the RCMP, and the military.

An independent body outside the RCMP should investigate complaints against it, says a chief superintendent of the force. Many employers have set up internal bodies to deal with questions of harassment, but York University professor Richard Leblanc says the case of the flight attendant shows that internal investigation is not the most effective way to resolve complaints.

“The two learnings from this case are that the inquiry–the channel, the protected channel–for coming forward should be outside the company.  It should not be management. And it should be anonymous…

“We’re in the midst of changes to how complaints come forward. This (case) was an opportunity for learning. It was a teachable moment.”

Many employers are turning their attention to the problem of harassment as they realize it can affect productivity, and harm their brand if a complaint goes public. And the nature of the complaints has broadened.

“It could be someone puts a hand on your shoulder when he’s talking to you. It could be a screensaver. It could be a joke in a meeting that’s demeaning to a woman or to anybody,” says Leblanc.

It is increasingly considered “best practices” for employers to provide a formal complaint process which reports directly to upper management, he says. Although there is no law obliging companies to set up such a process, Leblanc believes more companies will over the next few years as more complaints make it into the news.

In the meantime, when people feel harassed or bullied and cannot get help from their employers, Leblanc says they should turn to outside sources like lawyers or community groups, and even police.

“I would urge people to get advice-good competent advice…If you’re thinking something is wrong, chances are it is wrong. So you should inquire both inside and outside the company as the case may be.”