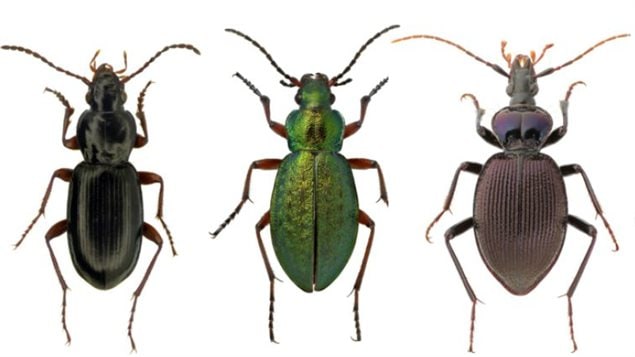 The poster boy for climate change in the Arctic is the ferocious but wildly photogenic polar bear.

But if Chris Buddle had his say, beetles and other critters we rarely pay attention to would be up there with polar bears and narwhal whales.

“Insects are kind of out sight and out of mind a little bit and it’s easy to forget that all their small functions together have a big impact on ecosystems,” said Buddle, an associate professor of entomology at McGill University in Montreal.

(click to listen to the interview with Prof. Chris Buddle)

A few years ago his group received research funding to go to northern Canada and explore the smaller animals of the north – beetles, spiders and other critters that live in the tundra across the northern boreal forest in the sub-Arctic and also in the Arctic archipelago, Buddle said.

The goal of the work was to try to understand what species were where and whether or not those insects could tell us about the potential effects of changing climate in the north, Buddle said. 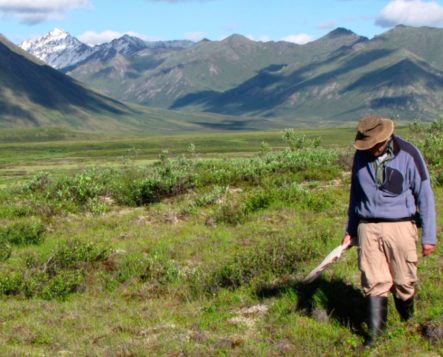 McGill University entomologist Chris Buddle walks in the tundra during a research trip to the Canadian Arctic. Photo courtesy of Chris Buddle.

The field teams led by the lead author of the study Dr. Crystal Ernst of McGill’s Department of Natural Resource Sciences, collected more than 9,000 beetles were able to identify more than 460 different species of Arctic beetles in locations ranging from the edge of the boreal forest in Northern Ontario to Ellesmere Island in the High Arctic, Buddle said.

“We were able to sort of understand a little better about the gradient of diversity,” Buddle said.

Another part of the research was to look at the functional diversity of beetles to try to understand the sorts of things beetles do in the landscape and whether or not there are changes in the functions as you move from more southern locations to more northern locations, he said.

“Some of these beetles are predators of other critters that live in the north, some of them are herbivores, eating the plants that are in the north, so if we get changes to some of their populations, it could have a domino effect or a ripple effect through the ecosystem that might be quite important to pay attention to,” Buddle said.

One of the examples of this ripple effect of these potential changes is the muskox lungworms that are transmitted by snails. A decrease in the population of beetles, which feed on these lungworm transporting snails, could have devastating impacts on the health of muskox herds across the Arctic archipelago, Buddle said. That in turn could affect the food security of Canadian Inuit who hunt the muskox for food.