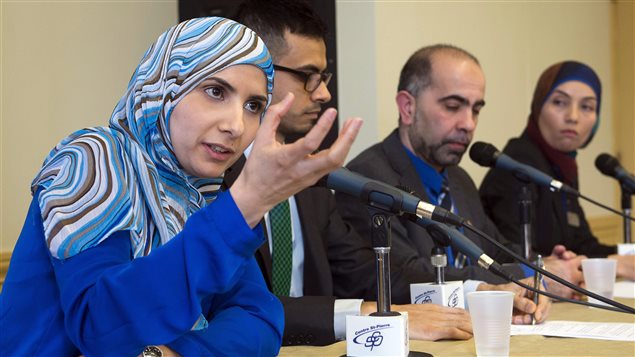 Majority of Canadians have negative views of Muslims: survey

A majority of Canadians do not hold positive opinions of Muslims, according to a new national survey released by the Canadian Race Relations Foundation (CRRF) and the Canadian Institute for Identities and Migration (CIIM).

The survey of 1,500 Canadians conducted by Leger Marketing via web panel between March 1 and 3, 2016 looked at people’s attitudes towards religious, racial and aboriginal groups in Canada, relations between communities, as well as contact with selected minorities.

The results point to growing concerns, particularly in Quebec, around relations and notably between Muslims and non-Muslims, said Jack Jedwab, president of the Association for Canadian Studies.

“I was most surprised by the extent to which there was a decline in comparison to previous polling we’ve done in attitudes towards Muslims,” Jedwab said. “When you look at all the discourse and the prejudicial statements you’re seeing directed at Muslims in Europe and in the United States more recently, I fully expected to see a decline but the decline was a lot steeper than I anticipated, particularly, in the Province of Quebec.”

(click to listen to the interview with Jack Jedwab)

The survey points to steady declines in positive views of Muslims amongst Canada’s francophones since 2012, Jedwab said.

Positive views of Muslims also dropped amongst Canada’s anglophones and allophones between 2012 and 2014. And while opinion returned to the earlier levels in the year 2016, it was still in the negative territory.

Opinion of Jews has also remained constant with a persistent gap between Canada’s francophone and non-francophone population.

“What you’re seeing is a constant level of population here (in Quebec) that’s quite divided in terms of its perception of Jews, particularly compared to the rest of the country,” Jedwab said.

In the absence of meaningful contact between communities, people are often influenced by perceptions that one encounters in the media, Jedwab said.

One silver lining in the survey is the change in the attitudes towards visible minorities, Jedwab said.

“The level of negative sentiment directed at some of the visible minority groups – like persons who identify as Asian or Black – have really gotten better,” Jedwab said. “It’s as though what you’re seeing is a displacement of negative sentiment that was previously held about specific visible minority groups being transferred onto religious minorities, in particular, I would say onto Muslim population.”