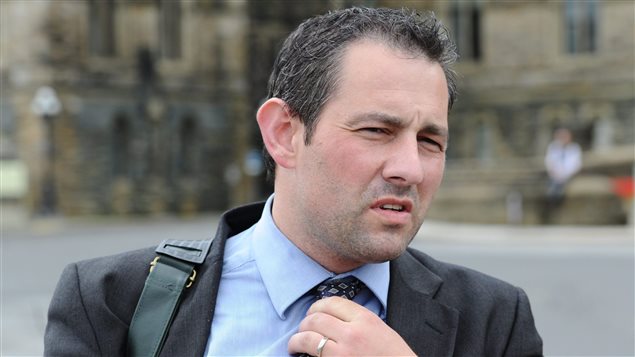 Alberta Conservative MP Jim Hillyer is shown leaving the centre block as newly-elected members of Parliament take part in an orientation session on Parliament Hill in Ottawa on Thursday, May 19, 2011. Interim Conservative leader Rona Ambrose confirms that Hillyer has died at the age of 41.
Photo Credit: PC / Sean Kilpatrick

The 41-year-old father of four, who represented the riding of Medicine Hat–Cardston–Warner, complained Tuesday of feeling ill. He was found in his office Wednesday morning.

Mike Storeshaw, director of communications for the office of interim Conservative Leader Rona Ambrose, told RCI that Hillyer had been dealing with “personal health issues.”

He previously survived a battle with leukemia in 2003.

Ambrose said in a statement she was deeply saddened to learn of his death.

“Jim was a valued and hardworking member of the Conservative team, and a passionate advocate for those he represented,” the statement said.

“More than that, he was a dedicated husband and father, and a man of strong faith and conviction. I pray that his and his family’s faith will help them through this very difficult time.”

Hillyer is survived by his wife Livi and the couple’s four children: London, Taylor, Nation and Asia.