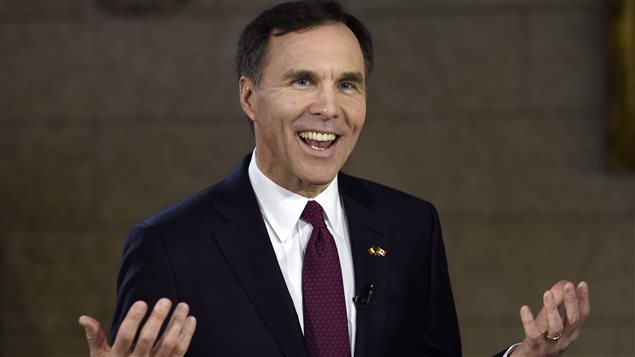 Not surprisingly, new budget has its detractors

Politicians of all stripes have kicked things into high gear in the wake of the governing Liberal Party’s maiden federal budget announced on Tuesday.

The budget outlined plans to spend billions on infrastructure projects, a new child-care benefit, tax cuts for middle class Canadians and increased funding for Canada’s Indigenous Peoples and military veterans–programs that, among other things, the government hopes will boost Canada’ s struggling economy and generate 100,000 jobs in the coming fiscal year.

But the Liberal plans come with a cost–mounds deficit spending.

Finance Minister Bill Morneau announced that Ottawa plans to spend $29.4 billion dollars more than it will take in from taxes in the coming fiscal year. The following three years will see deficits of $29 billion, $22.8 billion and $17.7 billion.

The Liberals have all systems on go. As Prime Minister Justin Trudeau went to work Wednesday to sell the budget on radio and television, his cabinet ministers fanned out across the country to promote the Liberal’s upbeat ambitions.

Referring to the Liberals, Interim Conservative Leader Rona Ambrose said “Canadians gave them an inch and they’re taking miles,” calling the budget a “a nightmare scenario for taxpayers.”

NDP Leader Tom Mulcair accused the big-spending Liberals of being cheap, saying he budget tells struggling families “they would have to wait longer for help.”

Not everyone was critical. Assembly of First Nations National Chief Perry Bellegarde called the budget “an historic day,” noting that a total of $8.4 billion in new spending over five years will be directed toward aboriginal programs.

Veterans ombudsman Guy Parent said he was generally pleased with the measures in the budget for veterans but added that he must run the data to see if the new measures address the needs of the what he called the most vulnerable ex-soldiers — the wounded from the Afghan war.

Canada’s ex-soldiers will see enriched disability awards and a more generous income replacement program for the wounded of $5.6-billion over six years.

Labour is on side. The Canadian Labour Congress lauded the budget, calling it a positive step to boost the economy and create jobs.

Some economists were sceptical about whether or not the Liberal spending questioned will give the economy the touted boost.

Scotiabank’s chief economist, Jean-Francois Perrault, called the budget’s optimistic effect on growth is “a bit of a stretch.”

And Craig Alexander of the C.D. Howe Institute think-tank said spending will help but likely not as much as Ottawa hopes, predicting the investments will only boost real GDP growth over the next two years by about 0.2 or 0.3 per cent.