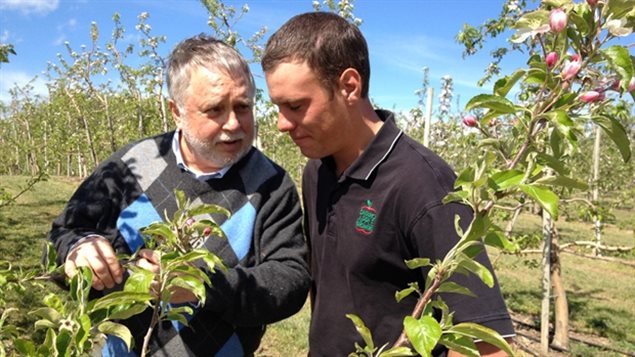 Some unseasonably warm weather has apple growers nervous in the Okanagan, a large fruit-growing belt in the western province of British Columbia. It is so mild that growers think the trees could blossom in about three weeks, and that would be three weeks earlier than normal.

The problem is that it is fairly common to get severe frosts in the region in early May. That could affect the blossoms and lead to fruit that is stunted or misshapen.

May 2012 disastrous for Ontario apple growers

This happened in the province of Ontario, in central Canada, in May of 2012 and 85 per cent of the apple crop was seriously damaged or wiped out.

The temperature in Kelowna, B.C. this week will likely be 10 degrees above normal. Meanwhile in Ontario, the cold weather persists and trees will not blossom anytime too soon.