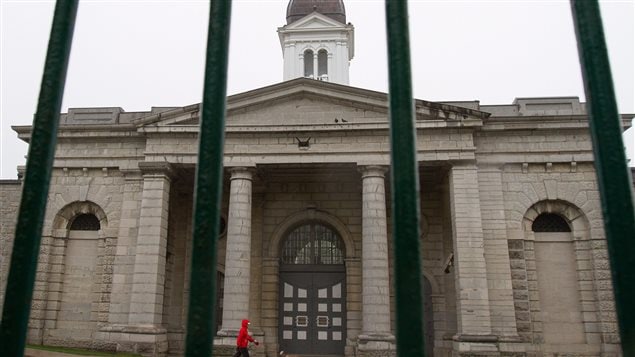 The infamous Kingston penitentiary in Ontario was built in 1835 and housed the country’s worst criminals before it closed in 2013.
Photo Credit: Lars Hagberg/Canadian Press

People are apparently fascinated with the historic Kingston penitentiary which, before it closed three years ago, held famous serial murderers, rapist and bank robbers. After the federal prison closed in 2013 and relocated its inmates, it was reopened for a few weeks for public tours and as a fundraiser for a large charity. There was great demand for tickets. Tours are now set to resume next month.

Opened in 1835, the prison was called by some Canada’s Alcatraz for having housed the worst criminals. They included headline-grabbers like serial child killer Clifford Olson: Paul Bernardo, convicted of the rape and murder of two schoolgirls, and Mohammad Shafia who had a hand in drowning his three adolescent daughters.

“The Pen” will open for tours from June 14 to October 29, 2016 as part of a new agreement between the city of Kingston, the government of its home province of Ontario and the Canadian government. Proceeds from ticket sales will be go to a major charity called United Way and towards tourism marketing efforts.

The facility was closed because the federal government said it was outdated and had become too expensive to operate. Officials are looking at other permanent uses for it.