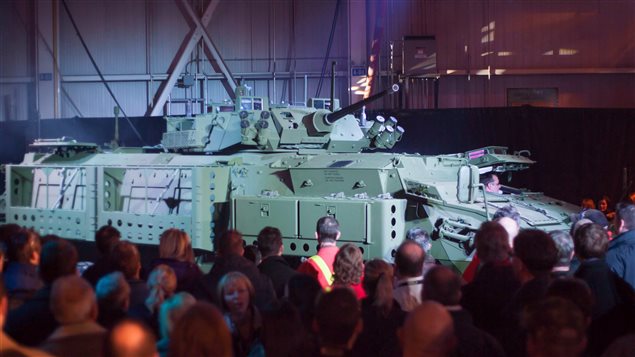 Several groups oppose the sale of light armoured vehicles to Saudi Arabia for fear they may be used against civilians.
Photo Credit: Mark Spowart/Canadian Press

The association that represents Canada’s defence industry is defending the government-approved sale of light armoured vehicles to Saudi Arabia, reports Canadian Press. The controversial $15-billion deal is vigorously opposed by groups like Amnesty International and Project Ploughshares as well as the opposition New Democratic Party. They are concerned the vehicles would be used against civilian populations.

Christyn Cianfarani, president of the Canadian Association of Defence and Security Industries, said the sector is heavily regulated and conforms to the government regulation. She added that it is not to role of her association to comment on judicial practices of foreign countries, reports CP.

Although the deal was originally approved by the former Conservative government, the current Liberal government approved it saying it was important to preserve jobs and that cancelling the contract would damage Canada’s reputation.

The light armoured vehicles are made by General Dynamics Land Systems in the province of Ontario.