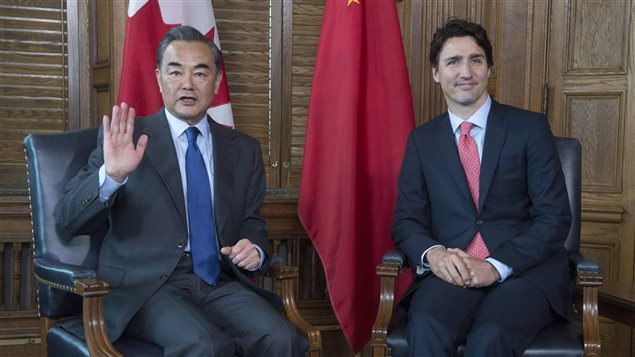 China is trying to soften the verbal blows hurled at a Canadian journalist by its foreign minister in Ottawa on Wednesday.

On Thursday, Beijing’s foreign ministry issued an invitation to journalists to visit China and see it for themselves.

Wang Yi’s outburst was directed at Amanda Connolly, a reporter for the online news site IPolitics, after she asked about the case of Kevin Garratt, a Canadian who has been in jail in China since 2014 on charges of espionage and stealing state secrets.

“I have to say that your question is full of prejudice against China and arrogance … I don’t know where that comes from. This is totally unacceptable,” he said through an interpreter at a joint press conference hosted by Canadian Foreign Affairs Minister Stephane Dion.

The outburst made headlines around the world as another example of China’s refusal to accept criticism about how it treats dissidents.

Twice this year Canada has signed letters with other countries that have voiced objections to Chinese policies on security and regulation of non-governmental organizations.

Geopolitical tensions on Asia’s high seas and free trade were also discussed during Wang’s visit to Ottawa, where he met with Prime Minister Justin Trudeau and his cabinet.