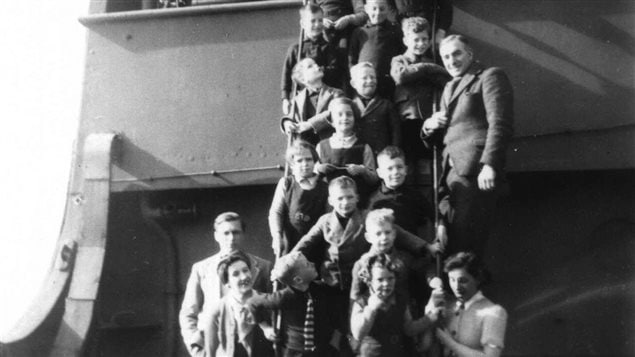 Some of the children who came to Canada went on to suffer abuse, but for others, life improved.
Photo Credit: Canadian Museum of Immigration at Pier 21

Between 1863 and 1940 over 100,000 children were sent from Great Britain to Canada, and Canada’s renowned immigration museum has invited two authors to speak about the so-called British Home Children on June 21 in the eastern city of Halifax.

Hoping to help the orphaned, the abandoned

In the late 1800s, British churches and philanthropic organizations had gathered together orphaned, abandoned and poor children, many of them thinking the children would have a better chance for ‘a healthy and moral life’ in Canada, according to Library and Archives Canada.

Canadian families accepted them as cheap farm or domestic workers. Many were poorly treated and abused, but others did have a better life than they would have had they stayed in British slums. Many served with the Canadian or British military fighting in World War I and II.