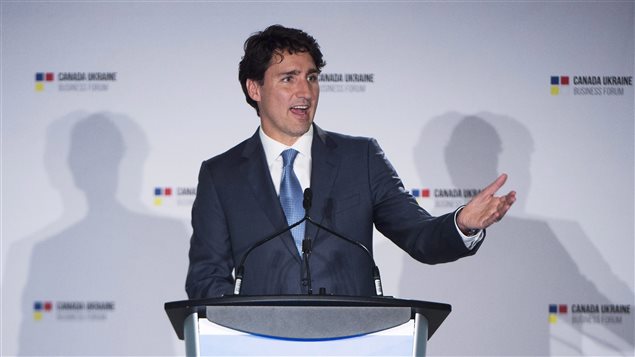 After the summit, Trudeau will pay a visit to the Auschwitz-Birkenau concentration camp to “remember the six million Jews and the millions of other victims who were brutally murdered by the Nazis during the Holocaust,” the PMO said in a statement.

Trudeau will conclude his trip to Eastern Europe with an official visit to Ukraine from July 11 to 12.

One of the main issues that will be discussed at the summit in Warsaw is the creation of a 4,000-strong NATO rapid reaction force to act as a deterrent against possible Russian aggression.

The Trudeau government is considering a request to commit hundreds of troops to Eastern Europe and take part command of the new NATO force.

“Canada remains firmly committed to working closely with NATO Allies and partners to ensure our citizens can continue to live in safety and security,” Trudeau said in a statement.

The U.S., Britain and Germany have publicly committed to the force, but Ottawa is yet to give details of its participation.

Conservative MP and former Defence Minister Jason Kenney said in an interview with RCI that Poland had requested a permanent Canadian presence in the country last year to deter the increasingly assertive Kremlin.

“We support NATO in many critical ways, we punched above our weight in Afghanistan and in Libya,” Kenney said. “We have been major contributors to European reassurance efforts, including periodic air policing over the Baltic states, the deployment of Canadian naval resources to the Black and Baltic Seas, and we’ve also – even though it’s outside NATO space – have been helpful to Ukraine with equipment and training, and intelligence.”

At the same time Canada is the only NATO country that doesn’t have permanent assets stationed in Europe, Kenney said.

Having a permanent army deployment in Europe is a very expensive proposition and it depends on the government’s priorities, he said.

“I for one believe that we should be forward leaning, it’s important for us to send a united message of deterrence to Vladimir Putin so he does not miscalculate and expand his military aggression in Ukraine to other Eastern European states,” Kenney said.

Another option for Canada is to provide “enablers” instead of positioning a full-fledged combat unit, Kenney said.

“We can provide certain assets – like air surveillance, like reconnaissance units, like certain kinds of specialized equipment – that’s relatively cost-effective for us but fills certain gaps that some of the smaller and less wealthy Eastern European countries, like the Baltic states, cannot afford,” Kenney said.