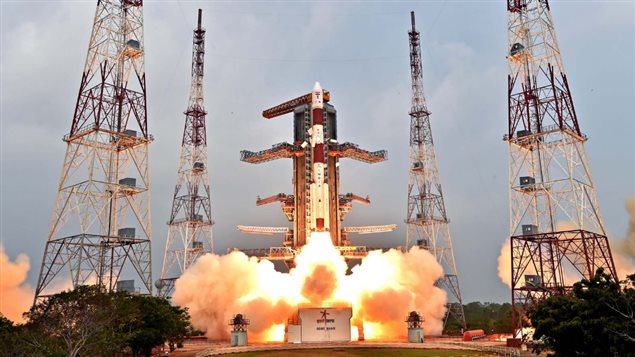 The launch vehicle delivered into the orbit Canada’s Maritime Monitoring and Messaging Microsatellite (M3MSat) along with a microsatellite nicknamed ‘Claire.’

Evelyne Bousquet, M3MSat project manager at the Canadian Space Agency, said the satellite, a joint project between the CSA and Defence Research and Development Canada (DRDC), will improve ship detection and marine traffic management in Canadian waters in the Atlantic, Pacific and Arctic Oceans, as well as the St-Lawrence Seaway.

The project will test new technologies including an innovative antenna designed by the University of Waterloo that promises improved identification of ships and better resolution between conflicting Automatic Identification System (AIS) signals in regions with high maritime traffic, Bousquet said.

The dishwasher-sized satellite, built by COM DEV Ltd. (now Honeywell Canada), an Ontario-based company, with support from the University of Toronto Institute for Aerospace Studies and the University of Waterloo, weighs 85 kilograms and is capable of collecting the signals transmitted from every ship within its field of view—a radius of about 2500 km, according to the CSA.

M3MSat will also test the Dielectric Deep Charge Monitor (DDCM), a device designed to measure the static energy that has accumulated in the satellites’ electronics, Bousquet said.

If successful, the DDCM could improve the way we build and monitor the health and safety of satellites, and help extend the life of satellites in orbit, she said.

On the other hand ‘Claire’, created by Montreal-based GHGSat Inc., will test a new way to measure greenhouse gas emissions from industrial facilities, helping scientists improve their understanding of industry’s impacts on our environment.

The microwave-sized ‘Claire’ will orbit the Earth every 90 minutes, taking measurements from industrial sites anywhere in the world. It will, for example, measure oil wells in Texas, oil sands in Canada, power plants in Europe, coal mines in China, and even rice paddies in Vietnam, GHGSat said.

“These missions highlight the innovative solutions that space technologies can contribute to our sovereignty, security and safety,” federal Minister of Innovation, Science and Economic Development Navdeep Bains said in a statement. “They also emphasize the important role that space technologies play in supporting economic prosperity as well as our fight against climate change.”