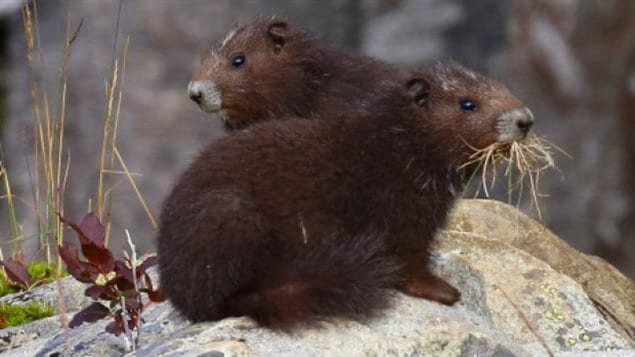 The marmots of Vancouver Island have a group of people dedicated to protecting them and encouraging their numbers.
Photo Credit: Marmot Recovery Foundation

It’s not yet known why half of the marmots died in the central region of Vancouver Island on Canada’s Pacific coast. The groundhog-like mammals are about the size of a housecat and they hibernate in the winter.

It seems 36 have died and conservationists have not been able to find several others. The dedicated people at the Marmot Recovery Foundation track the animals and have worked to rebuild populations on Vancouver Island for the last 13 years.

Drought may have been a factor

A drought last summer may have reduced foliage that marmots eat before they go into hibernation and that could have caused some to starve. A search for bodies may eventually provide more clues as to what happened.

Extinction is not a concern though. Marmot numbers are healthy on other parts of the island which conservationists say “is a great relief.”