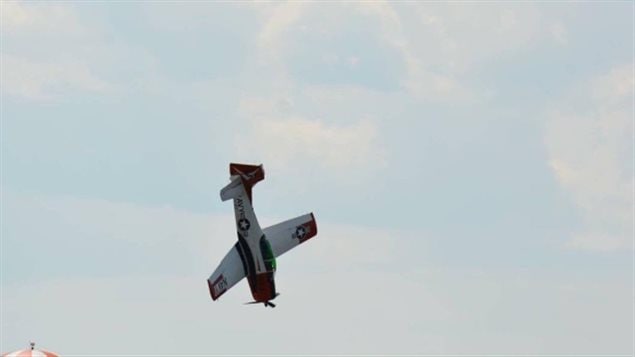 A  air show that traditionally features dangerous manoeuvres by stunt pilots ended tragically Sunday afternoon in northern Alberta when one of the planes crashed as 20,000 watched.

Veteran pilot Bruce Evans, 49, was flying his T-28 Trojan aircraft when it went down around 2 p.m. at Canadian Forces Base Cold Lake, about 290 kilometres northeast of Edmonton.

“At first you think it’s part of the show, but it’s not,” said witness Cathy Heron. “There’s been lots of aerobatics all day (today) and they pull up right at the end, but this guy just didn’t pull up.”

Evans, a geologist, lived in Calgary, and was president and CEO of Firefly Airborne Surveys, an aerial survey company.

“He was doing his manoeuvres, sort of left us, and obviously lost control of his plane and crashed into the tarmac.”

The remainder of the show was cancelled.

The Cold Lake Air Show is a two-day event hosted by the Canadian Forces that features pilots and aircraft from across the continent, including Canada’s iconic Snowbirds demonstration team.