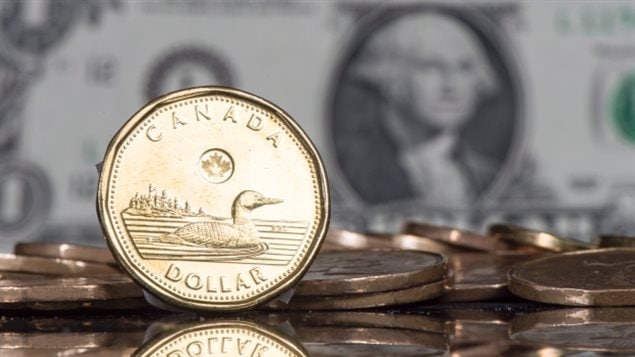 More than a billion of Robert-Ralph Carmichael's loonie coins have been minted since 1987.
Photo Credit: cbc.ca

The man who designed an iconic piece of Canadian art that many likely take for granted but can never get away from has died.

“Mr. Carmichael’s loonie design has stood the test of time due to its simplicity in depicting an icon of Canadian wildlife,” the Royal Canadian mint said in a statement.

“The introduction of the one-dollar coin in 1987 was the most significant change to Canada’s coinage system in over 50 years. We thank him for his remarkable contribution in creating what has become a true Canadian symbol.”

Revered now, the loonie had a difficult birth and a tough act to follow.

The federal government only authorized the loonie design for the new coin after the original master dies were lost in transit to the Winnipeg mint from Ottawa in November, 1986.

That Winnipeg-bound design depicted a voyageur in a canoe, similar to what was on the previous silver-coloured dollar coin.

In a 2012 interview, Carmichael said his design for the loonie was the first one the mint accepted after 10 years of submitting proposals.

“The loon dollar was the first, and I suppose the greatest, he told the Sault Star newspaper.

Carmichael did not just design coins,

An accomplished artist, he showed drawings and paintings in galleries across Canada.

But it’s the loonie he designed and signed (his initials appear near the bird’s beak) for which he will be most remembered.

The legacy of that design: over a billion loonies produced and a giant version erected near his longtime home of Echo Bay, Ontario.