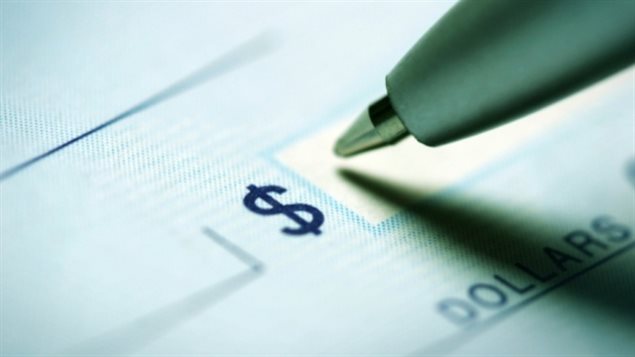 The federal government rolled out its new automated pay system, Phoenix, last winter. The result: thousands of Public Service Alliance of Canada members have written letters of complaint about not getting their proper compensation.
Photo Credit: cbc.ca

Oops! Can someone just program this damn computer?

Everyone’s apologizing, there’s lots of pointing fingers, words like “unacceptable” are being thrown around, and a whole lot of people who work for the Canada’s federal government are not getting their proper monetary compensation.

What, you may wonder, is going on?

Turns out a vaunted new pay system called Phoenix has managed to mess up more than a few peoples’ lives.

Federal public service employees are reporting tanking savings, maxed-out credit cards and growing mounds of unpaid bills because….well, the federal government, (and its Phoenix surrogate) is just not coming up with the money.

“This is a national disgrace,” says Chris Aylward, vice-president of the Public Service Alliance of Canada, which wants Phoenix taken off line until the problems are solved.

The Conservative government originally introduced Phoenix last year, but Marie Lemay, deputy minister for Public Services and Procurement, says the Liberal government “grossly underestimated the time and training needed to move to the new system and clear out old cases, outstripping the capacity to respond.”

On Monday, federal officials apologized to more than 80,000 employees having pay problems and promised to “work around the clock” to fix the failed system.

–About 720 public servants–mostly new hires and students–have received zilch since beginning their jobs.

–Another 1,100 have not received paternal, long-term disability or severance payments.

–More than 80,000 employees entitled to supplementary pay for extra duties, over-time or pay adjustments have had problems.

The government is hiring extra specialists to bring Phoenix to heel.

A dozen public sector unions are going to court.