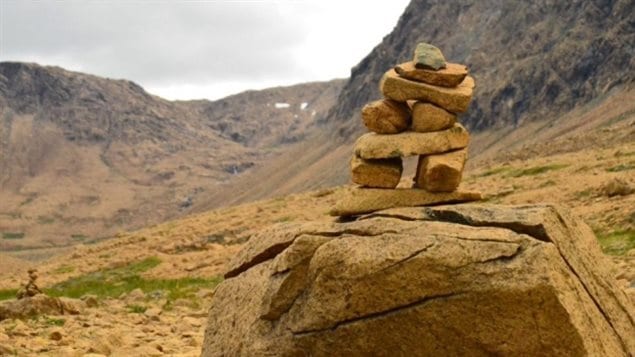 This is not the first inukshuk built in an ecologically sensitive area in Gros Morne National Park.
Photo Credit: Submitted by Heather Goobie

Officials are asking hikers to stop building inukshuks in eastern Canada’s Gros Morne National Park. People all over Canada have taken to piling up stones to resemble the stone figures made by indigenous people in polar regions around the world.

For centuries, indigenous people in Canada have placed inukshuks as navigational aids, to mark migration routes, or sometimes as memorials for loved ones.

Park home to species at risk

Gros Morne National Park is a UNESCO world heritage site and a manager with the park told CBC that stone figures are popping up ecologically sensitive areas where people should not tread. The park is home to sensitive plants and other species at risk.

If people can’t resist the temptation to build inukshuks, Wheaton suggests they do so on the park’s stony beaches, where the tide will restore the beach to its natural state.