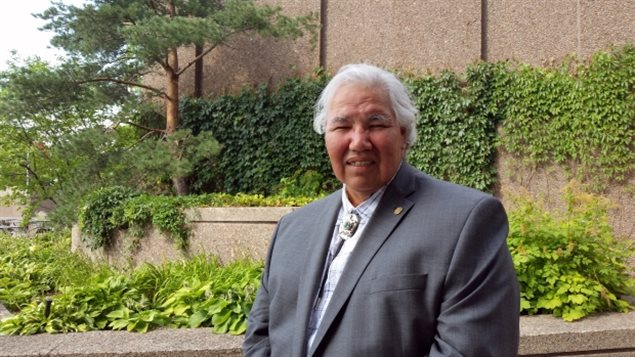 Murray Sinclair was in Montreal last week to receive the Canada World Peace award from the Canadian branch of the World Federalist Movement. It’s a non-profit organization that promotes the development of democratic institutions and international law.

In an interview with CBC Montreal, Sinclair, a retired Manitoba justice and the co-chair of Canada’s Truth and Reconciliation Commission, (TRC) said he was pleased, personally with the honour. “It’s always nice to be recognized for the work that one has done”.

But he says more importantly, he is pleased that the work of Canada’s Truth and Reconciliation Commission has received attention on the global stage.

Many countries were watching the TRC to see how the commission was operating, as a model for what they might pursue.

“There were many places where the inability of the indigenous populations and the governments of those countries were unable to engage in conversations and to realistically develop a platform for future dialogue around coming to terms with the past and our commission, I think, showed them a pathway to do that.” Sinclair said.

The United Nations Declaration on the Rights of Indigenous People, which was stalled under the previous government of Stephen Harper, was officially recognized by the new Liberal government when Indigenous Affairs Minister Carolyn Bennett signed the document at the UN in New York City on May 10, 2016.