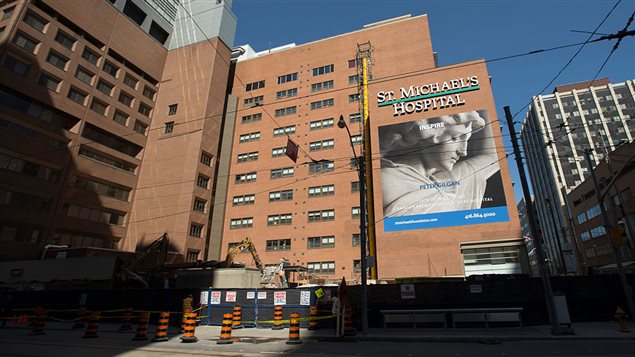 Chinese and South Asian patients in Ontario present to hospital with greater illness severity, according to a new study.
Photo Credit: Rick Madonik

Mentally ill Chinese and South Asian patients in Ontario experience much more severe symptoms by the time they get to hospital than patients from other groups, according to a new study that looked at association between illness severity and cultural background.

The population-based study, published earlier this month in the Journal of Clinical Psychiatry, analyzed information on over 133,000 patients hospitalized for psychiatric conditions, such as schizophrenia, bipolar disorder and depression, between 2006 and 2014.

The study, led by researchers at the Centre for Addiction and Mental Health (CAMH) and the Institute for Clinical Evaluative Sciences (ICES), is the largest and most rigorous examination of mental illness severity among Asian populations living in a western country, said Maria Chiu, principal investigator and scientist at ICES.

“What we found was that, when compared to patients from other populations, Chinese and South Asian patients were on average much sicker by the time they got to hospital,” she said in an interview with RCI.

(click to listen the full interview with Maria Chiu)

Researchers also found that Chinese and South Asian patients were more likely to be admitted and detained against their wishes, as well as they were more likely to exhibit symptoms such as hallucinations and delusions by the time they got to the hospital,  Chiu said.

“It’s a sign that their illness had progressed much further than other ethnic groups,” she said.

While the study did not specifically look at the reasons for this greater severity of illness at the time of hospital admissions, researchers hypothesize that cultural factors are at play here, Chiu said.

Previous literature has shown that Chinese and South Asian tend not to seek help early on in their mental illness, she said.

“Culture is a big factor, the fact that stigma against mental health is much more prevalent amongst ethnic minorities, as well as family factors,” Chiu said. “The family dynamics in Asian populations is different from other cultures where the stigma and the shame attached to mental illness actually prevents people from seeking help earlier and the mental illness is kept almost like a secret in the family, and kept within the family until the illness has gotten so profound that there is no choice but to admit the patient to the hospital.”

Reducing cultural stigma around mental illness in the Chinese and South Asian communities and increasing awareness of these attitudes among mental health providers could help improve the situation, she said.

While previous evidence has linked the often stressful experience of immigration to the development and severity of mental illness, this study showed similar severity in both immigrants and Canadian-born patients of Chinese and South Asian descent, suggesting that culture itself is a factor, regardless of how much time the patient had spent in Canada, Chiu said.

“It goes beyond language barriers, I think it’s more of a cultural difference,” Chiu said.