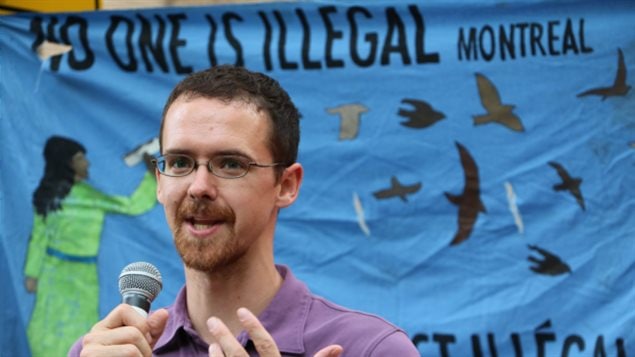 Activist Steve Baird says free public education is a fundamental right and should be free for all children, regardless of their immigration status.
Photo Credit: Sarah Leavitt/CBC

Many children are heading back to school today in the province of Quebec, but those who are undocumented might not be, reports CBC. Children of illegal immigrants or parents who have filed but not yet received refugee status are being asked to pay up to $6,000 in school fees.

An advocacy group called the Education Across Borders Collective says the cost is prohibitive for many families.

‘A fundamental issue of rights’

In Canada, education is managed by provincial governments and in Quebec, only certain types of immigrants and legal residents are entitled to free education.

“We find it to be a fundamental issue of rights. It’s the way it should be that kids can go to school whatever the immigration situation of their parents or them,” said activist Steve Baird to CBC.

“There’s not very many wealthy countries that exclude kids based on their immigration status from going to primary or secondary school.”

Baird adds the minister of education last year assured the collective that changes were coming to ensure undocumented children could attend school for free, but there has been no news so far.

The collective estimates 100 or more children are affected.