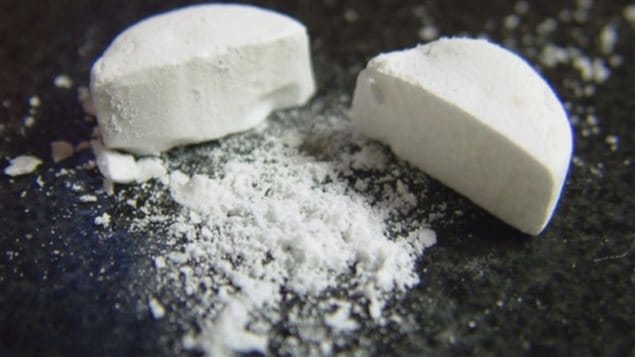 There are warnings that the fentanyl crisis has made its way east from western Canada.
Photo Credit: cbc.ca

Fears of a fentanyl crisis grow in Ontario

There are growing fears that a fentanyl crisis, already rampant in British Columbia and expanding fast in Alberta, is about to strike Ontario, Canada’s most populous province.

Fentanyl is the extremely powerful synthetic opioid that has become a lucrative source of income for organized crime, which manufactures it it in illicit laboratories in China and Mexico and then sells it on the black market.

It’s in a class of painkillers that also includes oxycodone and morphine, and is up to 100 times more toxic than morphine.

An amount the size of two grains of salt can kill a healthy adult.

Fentanyl can be mixed with other drugs, including heroin and cocaine, and because toxicity levels vary, users have little knowledge of how much they are ingesting.

On Monday, the Ontario Association of Chiefs of Police and three other groups issued an advisory, saying 2016 has been a record year for overdose alerts and seizures of “bootleg” fentanyls by law enforcement officers.

Earlier this year, British Columbia’s chief medical officer declared a state following an increase in drug overdose deaths, many of which were linked to the fentanyl.

A spokesman for the Ontario Association of Chiefs of Police, Joe Couto, says there is growing concern that what is happening in B.C. will happen in Ontario.

In July, B.C. Coroner’s Office statistics showed 371 drug overdoses in the first sixth months of this year–an an increase of 74 per cent over the same period in 2015.

With files from CBC and CP.