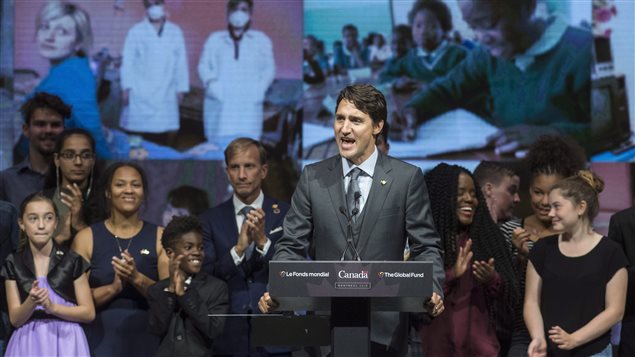 An international fundraising conference in Montreal raised $12.9 billion US to replenish the Global Fund, a public-private partnership fighting the spread of HIV/AIDS, malaria and tuberculosis, according to the Prime Minister’s Office.

The sum fell just short of the $13 billion US organizers were hoping to raise at the conference but it was nearly $1 billion more than the previous replenishment conference in 2013.

The event was designed to showcase Canadian leadership on the international stage ahead of Trudeau’s first address to the United Nations General Assembly this week, as Canada positions itself for an eventual run for a UN Security Council seat in 2020.

“It was inspiring to see so many leaders from every corner of the world come together in Montreal to support the Global Fund,” Trudeau said in a statement at the closing of the replenishment conference. “We are honoured to have hosted this conference. Canada will continue to lead by example, and show the world what we can accomplish when we unite in pursuit of a larger goal.”

The funds raised in Montreal will help save an estimated eight million lives while preventing 300 million new infections by 2019.

“We can end these epidemics for good, if we accelerate our efforts and continue to bring in new partners,” said Trudeau. 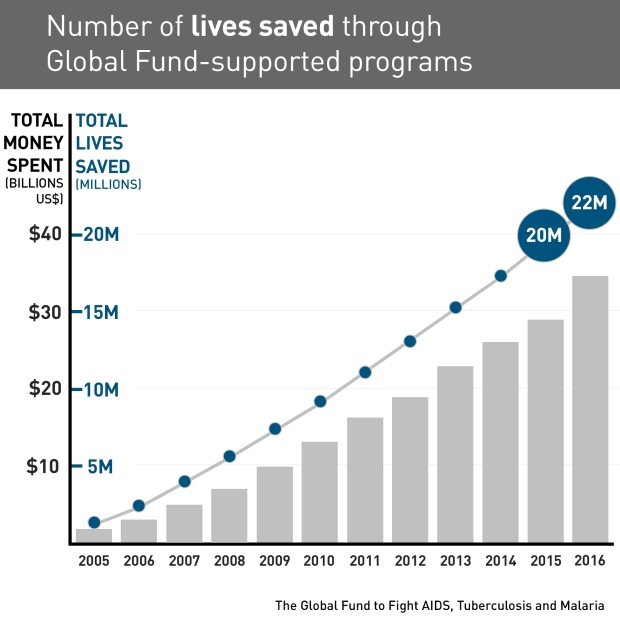 The Global Fund currently supports programs in more than 100 countries which have resulted in an estimated 20 million lives saved since 2002, mostly in Africa, where the burden of disease is greatest. It is on track to save 22 million lives by the end of 2016.

“The impact of AIDS, tuberculosis, and malaria is far reaching, and we know that these diseases disproportionately affect the world’s poorest and most vulnerable, especially women and children,” Trudeau said. “Canada will continue to champion the important work being done to end these epidemics, so that our world’s most vulnerable can turn their efforts to growing their communities and supporting their families.”

Programs supported by the Global Fund partnership have put 9.2 million people on antiretroviral treatment for HIV, provided 15.1 million people with TB treatment and distributed 659 million mosquito nets to protect families from malaria, according to figures released by the fund.

“The Global Fund is one of the most impactful investments a donor can make in global health,” said Bill Gates, Co-Chair of the Bill & Melinda Gates Foundation. “The increased generosity pledged by long-standing and new donors is inspiring and will help ensure this unique partnership can continue its critical work to make the world better, safe and more equitable for all.”