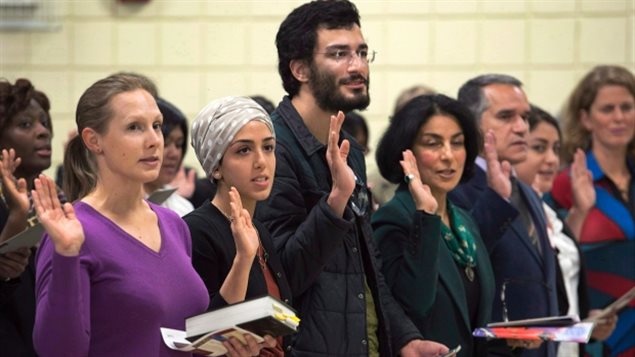 Applying to become a Canadian citizen or resident can be complicated and some people choose to pay an immigration consultant to help.
Photo Credit: Andrew Vaughan/Canadian Press

Canada has about 3,700 registered immigration consultants and there is criticism about the council that was created to oversee them, reports CBC news. The Immigration Consultants of Canada Regulatory Council was created just over five years ago by the Canadian government to deal with complaints of inefficiency and mismanagement by the council that preceded it.

People who apply for residency or citizenship in Canada do not need to use the services of an immigration consultant, but some choose to pay for help with the paperwork and the process. The council was created in large part to deal with consultants who were found to be unethical, unqualified or who acted in an illegal fashion. There are now nearly 400 complaints pending with the council, says CBC.

There is currently an election for the council’s board of directors. A few candidates are concerned about transparency and are asking that the minutes of board meetings be made public, which they are not now.

CBC reports some candidates are asking that director’s fees be sharply reduced or capped and that a new permanent CEO be hired. There has been none for almost one year.