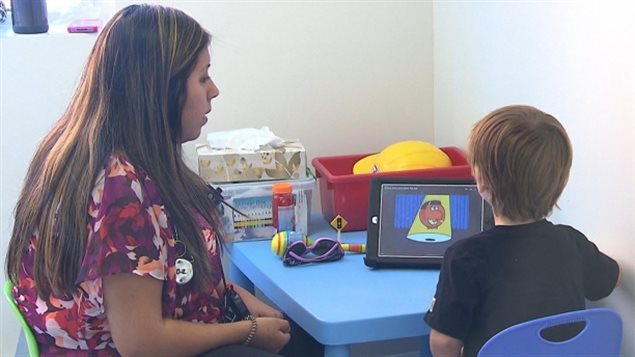 Scientists hope that one day medications will make therapy much more effective for children who are on the autism spectrum.
Photo Credit: CBC

Autism gene found that could lead to drug therapy

Scientists have discovered a particular gene that has mutations that affect people with autism spectrum disorder. These alterations change the way brain cells grow and communicate with each other.  Discovery of changes in this specific gene, DIXDC, could help find medications to mitigate their effects.

“We are now going to be able to do, in a very quick manner—in the next year or so—different types of drug screening studies where we can actually find individual medications for our specific form of autism that we looked at right now,” says Karun Singh, lead author of this study and a professor at McMaster University.

Findings could apply to other gene mutations

“But that’s not the ceiling for us. We’re actually trying to go much more beyond and look at other forms of genetic mutations that cause autism and look for drugs for those forms,” says Singh.

Genetic mutations in these genes can prevent children from learning things like social skills, how to interact with people, even learning and memory. Singh says medications would not change the mutations, but boost the plasticity of the brain so that children could better benefit from therapies being offered to them.

This study was published in Cell Reports.