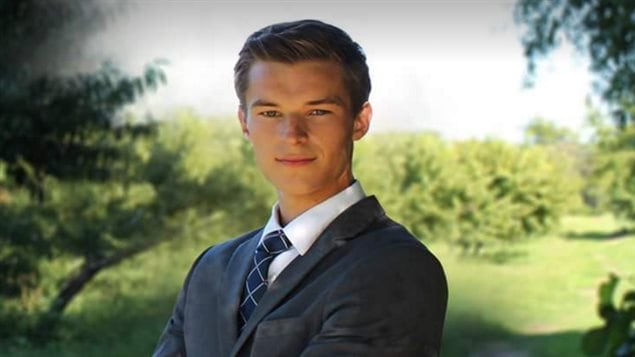 First year political science student Sam Oosterfhof has been elected as a Member of the Ontario Provincial Parliament. At age 19, he becomes the youngest ever MPP in Ontario.
Photo Credit: facebook

A young university student  ran in a byelection in the riding of Niagara West-Glanbrook, and won.

Sam Oosterhof, just out of high school, is a first year student at Brock University.  Aged 19, he has now become the youngest member of the Ontario legislature ever elected.

Running for the provincial Progressive Conservatives, Oosterhof has expressed some views that the PC party leader wanted toned down. Oosterhof has said abortion and same sex marriage should be illegal. He also took a strong stance against the controversial provincial Liberal’s new school sex-education programme.

The political-science student was not the first choice of the PC leader, Patrick Brown.  Brown was in favour of another potential, and older, candidate with more experience and more in tune with Brown’s desire to take the party away from the right and more towards the centre. However Brown stayed out of the party’s initial nomination process which Oosterhof won.

The riding win indicates the young man’s views seemed to connect with many voters in the region who appear to be socially conservative.

The byelection win of young Oosterhof also appears to be a message to the PC leader that voters want the PC in Ontario to remain a socially conservative party clearly to the right and different from the current Liberal government of Kathleen Wynne.

Some wonder if this has any reflection on voter opinions at the federal level, especially given the surprising presidential win of controversial candidate Donald Trump.