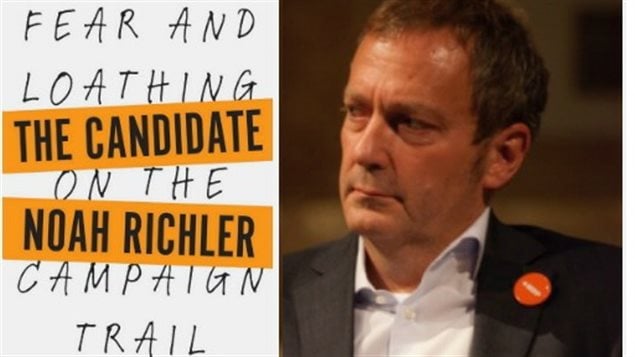 Noah Richler and his new book which recounts his experience as a candidate in Canada’s 2015 federal election.
Photo Credit: Marc de Mouy- cbcbooks.ca

Noah Richler is a journalist, columnist, podcaster, and author. He was also, almost, a federal politician.

With idealistic belief in what he could do in for Canadian citizens and for the country, he put his name forward for the left of centre New Democratic Party, in one of Toronto’s federal riding districts during Canada’s most recent general election in 2015.

After a long campaign, one of Canada’s longest ever, he was not elected.

However what eventually came out of it was a most interesting story of his campaign which gives a very interesting, entertaining, and most enlightening insider look at political campaigns.  Below is the video of a conversation with Noah Richler about his experience as told in his book “The Candidate: Fear and Loathing on the Campaign Trail.