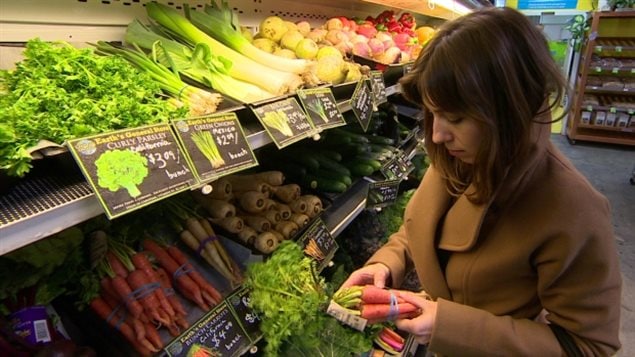 Fresh produce prices are expected to go up in Canada in 2017, just one of many food products that will see price hikes in the coming year, a new report says.
Photo Credit: Sam Martin/CBC

The average Canadians family can expect to pay as much as $420 more for food in 2017, an increase of 3 to 5 per cent, according to a new report.

The seventh edition of Canada’s Food Price Report, published by Dalhousie University in Halifax, Nova Scotia, says prices for an increase of 3-5 per cent in food prices would considerably  outpace the rate of inflation, which typically runs between 1-2 per cent.

“Unfortunately, it’s not great news for families with less means,” said Syvain Charlebois, lead author of the study and dean of the Faculty of Management at Dalhousie.

While prices for foods produced in Canada such as dairy, eggs, baked products and cereal are expected to remain stable, prices for fruits and nuts could go up by 3-5 per cent, while vegetables, pork meat and other food items by upwards of 4-6 per cent, said the report.

“The biggest factor will be the falling Canadian dollar,” said Charlebois in a press release. “Given how many food products we import from abroad, our food economy is vulnerable to currency fluctuations.”

Other factors that are expected to drive up food prices in Canada include La Nina weather patterns and the incoming Trump administration in the U.S., which could herald a new era of American protectionism that triggers a “commodity super-cycle,” raising food prices for Canadians. 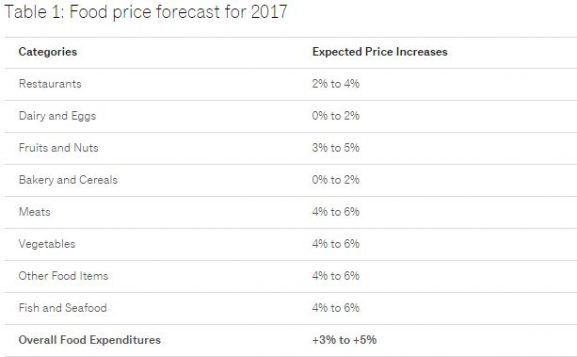 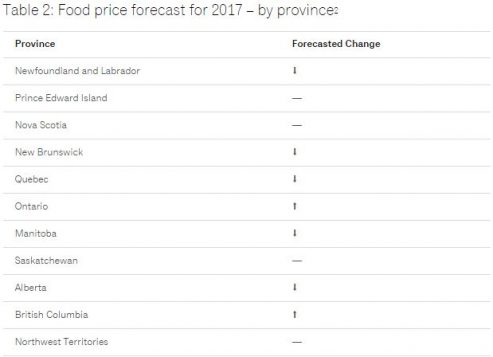