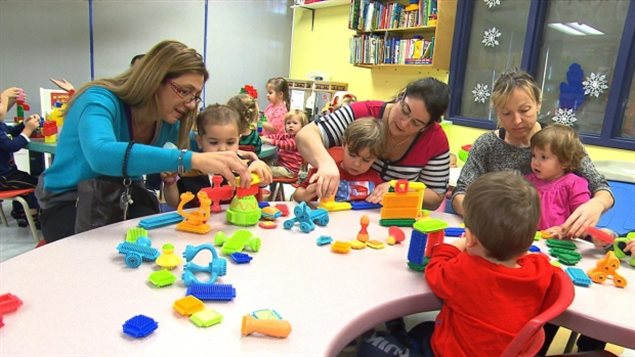 Child care costs have gone up faster than inflation in Canada and families here pay more than those in most other wealthy countries, according to recent reports.
Photo Credit: CBC

Childcare costs jump, are among highest in OECD

A new study found that child care fees in Canada went up three times faster than inflation since 2014. The can amount to $1,000 more a year per child, according to the study by the Canadian Centre for Policy Alternatives.

Another study released in October 2016 found that Canadian families spend more on daycare fees than all but five of the 35 rich countries in the OECD. The study from that organization found the average two-income family in member states spends about 15 per cent of net income on child care. In Canada, the figure is as high as 22.2 per cent of net income.

Single parents fare worse, spending 32 per cent of their income on child care.

The city of Toronto has the country’s highest fees. A middle-income family with an infant and a toddler would pay $36,000 a year. The fees in the province of Quebec have risen the most over the past three years but are still much lower than in the rest or Canada because they are regulated by the government.

Fees vary predictably based on the policies of each provincial government, says Martha Friendly of the Canadian Centre for Policy Alternatives in a news release. “They are lowest in provinces that set the fees and higher in the cities that are market driven.”

Some pay to put kids on a wait list

Almost 70 per cent of Canadian daycare centres have wait lists. Almost half of Vancouver’s centres charge a fee for children on their wait lists. The province of Ontario banned that practice in September.