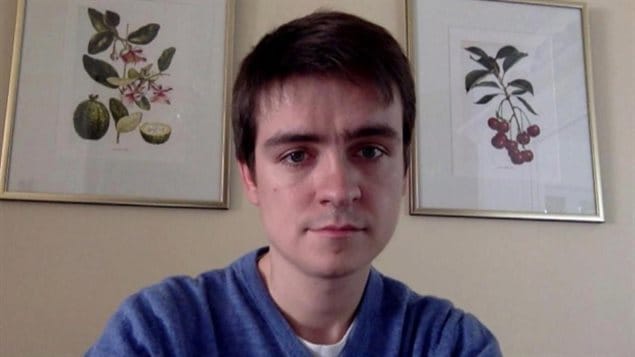 There are conflicting reports about Alexandre Bissonnette, a political science student and blood bank employee, who police say is responsible for the deadly attack Sunday at the Quebec City mosque in which six people died and 19 others were wounded.

A neighbour calls him a “very closed-off young man” who kept to himself.

Others, including a refugee aid organization, say his right-wing and anti-feminist views were well-known to many.

Bissonnette, 27 appeared briefly in court Monday evening and was charged with six counts of first-degree murder and five counts of attempted murder while using a restricted firearm in the attack people praying at the Centre Cultural Islamique de Quebec in the city’s Ste-Foy neighbourhood.

An RCMP spokeswoman says the continuing investigation could result in Bissonnette facing terrorism-related charges as well.

A neighbour of Bissonnette’s parents, who live in the Quebec City suburb of Cap-Rouge, told Radio Canada, Bissonnette had recently moved with his twin brother into an apartment near the mosque.

“He is a child,” said the neighbour, who wished to remain anonymous. “You couldn’t find one more calm than that. He never did anything, he always kept to himself. We never heard of anything.”

Another neighbour, Rejean Bussiere, described Bissonnette as “a young man who is extremely withdrawn.”

Others took issue with the characterization of Bissonnette as a lone wolf introvert.

The Bienvenue aux refugie.es – Ville de Quebec, an organization that helps refugees, said Bissonnette was “unfortunately known to several activists in Quebec City for his pro-Le Pen and anti-feminist positions at Laval University and on social networks”

The reference is to Marine Le Pen, leader of France’s far-right National Front.

Laval University confirmed Monday that Bissonnette was a student and barred him from all campus activities until his trial ends.

Hema-Quebec, where Bissonnette worked at a call centre for the non-profit organization that manages blood supplies for the province of Quebec, issued a statement Monday saying it was “shocked” to learn he was one of its employees.

Bissonnette was taken into custody a half-hour after the attack when a man in a car parked about five kilometres from the mosque called 911, saying he wanted to co-operate in the investigation.

When they arrived, police said, the man was waiting to be arrested.

“He was armed and spoke to us about his acts,” said Quebec City police Denis Turcotte.

Another man, Mohammed Belkhadir, originally thought to be a suspect in the attack, was released Monday.

Police arrested him outside the mosque within minutes of the attack as he attempted to flee the scene.

Belkhadir said he had been shovelling snow when he heard gunshots. When they stopped, he entered the mosque to call 911.

“I saw the image of someone with a firearm. I didn’t know it was police. I thought it was the shooter who’d returned,” he told Radio Canada.

Bissonnette’s next court appearance is scheduled for Feb. 21.