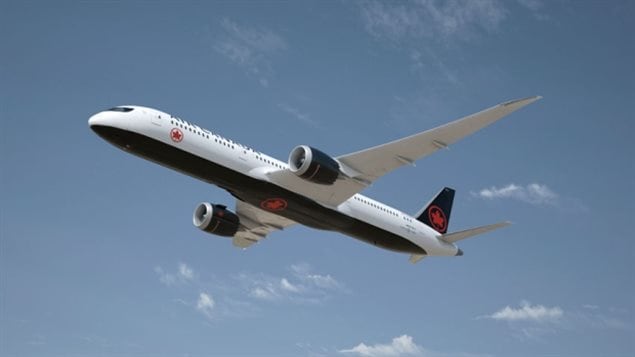 Canada’s national airline is changing its logo and its livery.

Call it a new twist to an old look, one that was pretty much dropped nearly a quarter-century ago because too many people said Air Canada logo looked way too much a hockey puck.

On Thursday, the company unveiled a new look.

Tails, engines and undersides as well as the Air Canada lettering on the side of planes will be now be black while the red maple leaf will be on the fin.

Staff uniforms will move from predominantly blue and red to black.

Some older Canadian travellers have likely have seen shades of this scheme before.

Prior to an overhaul 24 years ago, Air Canada’s maple leaf in a circle logo was known by the French word for hockey puck, or “rondelle.”

The rondelle was replaced by a simple maple leaf.

Air Canada is currently upgrading its fleet with 83 new planes from Boeing and Bombardier. All will arrive with Air Canada’s new colours.

The airline introduced the makeover at events in Toronto, Montreal and Vancouver.