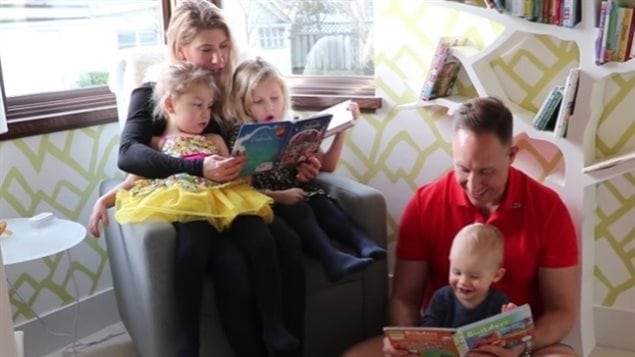 Andrew Johns, who has three children, lives in Vancouver and works in the financial sector, launched his petition to change the date of B.C.'s Family Day in 2015.
Photo Credit: Andrew Johns

Family Day is a winter holiday three Canadian provinces observe. Two other provinces observe the holiday, on the third Monday of February, but it has different names. It is known as Louis Riel Day in Manitoba and Islander Day in Prince Edward Island.

But in British Columbia many want people want their holiday changed to the same day as the other four provinces.

Andrew Johns, started the petition two years ago and support has been growing. It now has almost 20,000 signatures as well as the support of two Members of the Legislative Assembly, David Eby and Andrew Weaver.

“Let’s work together to unite Family Day across Canada”

“Let’s work together to unite Family Day across Canada,” said Eby, the New Democratic Party MLA for the Vancouver-Point Grey riding, as part of a promotional video for the movement.

Christy Clark’s government passed into law the province’s Family Day to take place on the second Monday of the month each year.

Those in other provinces have their day off a week later, coinciding with the American holiday celebrating George Washington’s birthday.

Premier Christy Clark said, “The main feedback that we got from people that wanted Family Day on this date was that they didn’t want to stand in the line-ups because everybody else in the country had the same day off,” she said.

Andrew Johns, however, a Vancouver father of three who works in the financial sector, says the problem with the ‘second Monday’ is that he, along with federal employees and some businesses in the province, must be at work.

“The whole spirit of Family Day is to bring as many family members together as possible, and we know that’s not being done under this [unsynchronized] holiday where it occurs in B.C. one week before the rest of North America,” he told CBC News.

Johns’s goal is to have 25,000 signatures, and to have more residents contact the government to ask for the date change.

Family Day is also observed in the provinces of Alberta, Saskatchewan and Ontario.

It is a recent addition to the calendar in Canada, and the idea behind it was to give people a break in the winter, as there were no holidays between the Christmas – New Year break, and Good Friday, which could be as long as three months in some years.

No word yet on whether the rest of the provinces and territories are demanding a winter holiday too.