MTB 459 during the working-up period at Holyhead. Note 6pdr cannon on foredeck. The tubes were angled outward at 7.5 degrees, once in the water torpedos would turn inward 6.5 degrees to give a spread of 120 feet at 1000 yards. 459 was lost in the tragic fire at Ostend
Photo Credit: PAC PA 144587

Though the Allies now had a firm hold on the European continent and were battling back German forces, the Second World War was now at it’s height with desperate combat raging on land, in the air, and on the sea.

Many among the general public only know of “torpedo boats” from American sources, whether it be the the story of John Kennedy’s PT-109, or the comedy TV show, McHale’s Navy and PT-73.

But in real life what is little known is that American PT’s were originally based on a British Scott-Paine design, which was also built in Canada. The Commonwealth designation was MTB- for motor torpedo boats, those armed with more guns and a small cannon were also known as MGB- motor gun boat, or MTB-G Type.

Also little known is that a fleet of British and Canadian sailors manning the MTB’s played an important role in the sea battles along the European coast.

After escort duties on D-Day, the ships were assigned to patrol duty along the European coasts similar to their role along the English coast prior to D-Day.. Several nights a week from European ports, the crews set out to harass German shipping, and the German navy equivalents of the the MTB’s, the E-boats and R-boats.

The MTB’s were powered by three V-12 marine engines, with a Ford V-8 powered generator.  Armed with two torpedos and a few machine guns, or even  (Type-G) a 2-pounder pompom or on some boats a 6-pounder cannon, the top speed of the 68-72-ft boats (depending on model) was an impressive 39-40 knots.

On this date, February 14th, 1945, the Canadian 29th Flotilla of MTB’s  were moored at the Belgian port of Ostend (Oostende)  in a small  basin called La Crique, along with a British flotilla.

A patrol had been scheduled for that night, so some sailors were away from their ships for a few hours, while others were below decks sleeping.. During fuelling or de-fuelling operations that day some of the high-octane aviation fuel had been spilled onto the water, spreading out among the boats.

Perhaps it was a carelessly tossed cigarette, but something ignited the thin layer of fuel which spread across the water and quickly set the closely packed wooden ships on fire in a sudden and intense inferno.

For the next two hours fuel tanks and ammunition exploded and burned,

A heavy toll- in lives and ships

Quick action by one crew managed to get their ship running and as they beat back the flames, the crew tied two other ships to theirs and pulled them to safety out of the harbour.

But the damage and death toll was heavy.  Five of the eight Canadian 29th Flotilla ships and seven British boats were destroyed.

The loss of life was even greater and far more tragic with 26 Canadian sailors, and 35 British having perished in the inferno.

With most of their MTB’s gone, the 29th Flotilla was disbanded on March 8, and remaining boats and crew were absorbed into British Flotillas.

The accidental fire on this date remains the greatest tragedy of the coastal patrol fleet. 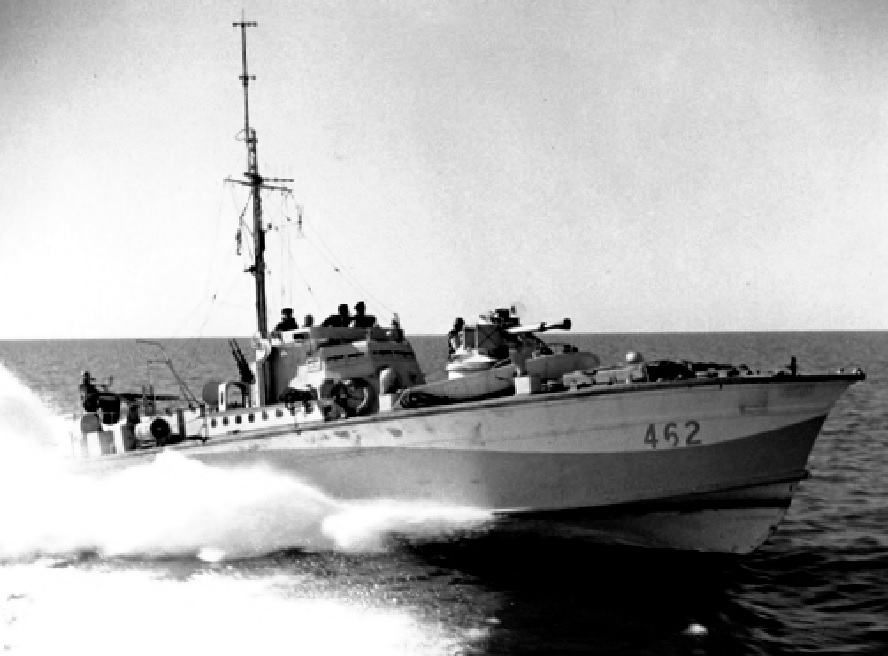 The Senior Officer of the 29th Canadian Motor Torpedo Boat Flotilla – C.Anthony Law – wrote a book called “White Plumes Astern” about the Canadian MTB’s.  At the end of the book he quoted a poem by signalman Andrew Cleeland

“The raging of the treacherous seas,  Long the arch enemy of the M.T.B.’s,

Now ceases to hold us in its spell,  As we hear the tale of Ostend Hell,

The truth of cause will be remote, and intrigue will lend its tragic note,

Here today and gone tomorrow, As mothers and sweethearts shrink in sorrow,

but above it all is heard the cry, Oh God, the everlasting question, WHY?”

ON THIS DATE AN ACCIDENTAL FIRE AND EXPLOSIONS DECIMATED THE 29TH CANADIAN MOTOR TORPEDO BOAT FLOTILLA WHILE DOCKED IN OOSTENDE, BELGIUM HARBOUR. 26 SAILORS OF THE R.C.N.V.R. WERE KILLED AND 5 BOATS DESTROYED.

WE CARE AND REMEMBER , R.C.N.A.  THEY SERVED WITH VALOUR

(on the back of the monument)

THEY DIED FOR THE FREEDOM OF BELGIUM AND MANKIND.”

IN MEMORY OF THE R.C.N.V.R. OFFICERS AND MEN OF THE 29TH CANADIAN MOTOR TORPEDO BOAT FLOTILLA WHOSE NAMES ARE ENTERED HERE.

A FEW LIE IN MARKED GRAVES, THE MAJORITY KNOWN UNTO GOD. ALL ARE HONOURED HERE, IN THE HARBOUR OF OOSTENDE, WHERE THEY PAID THE SUPREME SACRIFICE.

WE PROUDLY SALUTE THE MEMORY OF SHIPMATES OF THE ROYAL NAVY, 35 WERE KILLED WITH THE LOSS OF 7 BOATS IN THIS DISASTER.

WE REMEMBER LS JOSEPH VASEY R.N. KILLED WHILE SERVING IN MTB 465 OF THE 29TH FLOTILLA.

ERECTED BY THE ROYAL CANADIAN NAVAL ASSOCIATION, THE CANADIAN COASTAL FORCES VETERANS ASSOCIATION, SYMPATHETIC FRIENDS, AND THE MAYOR, COUNCIL AND CITIZENS OF THE CITY OF OOSTENDE. 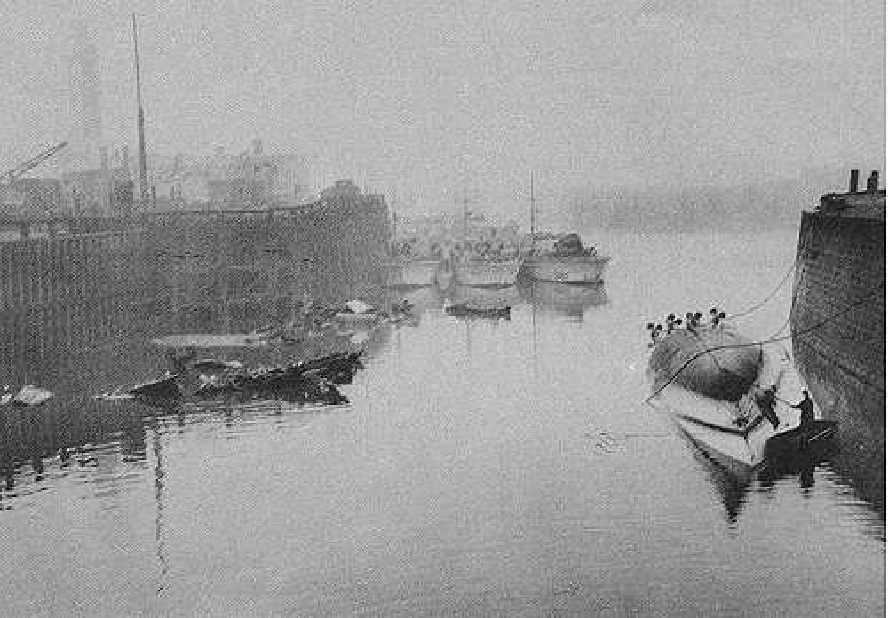 The scene after the fire with a couple of boats burned and sunk while another lies flipped over. LAC PA-116494

NOTE: March 2020 :some details have been changed to reflect new information, such as the main armament, and engine power details.