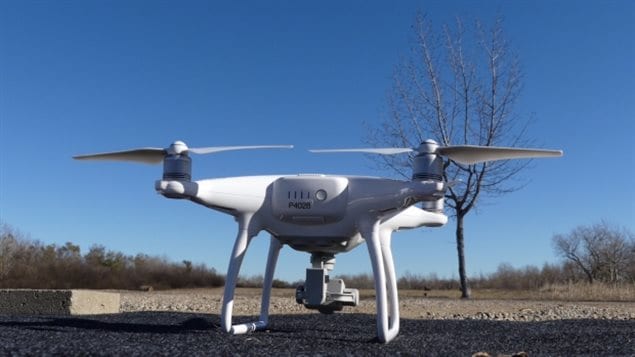 In the latest incident in Canada, Regina Correctional Centre staff intercepted a package dropped by a drone into the jail.
Photo Credit: Neil Cochrane/CBC

With the growing popularity and sophistication of small drones, criminals are getting in on the act.

Drew Wilby  executive director with the Ministry of Justice, would only tell reporters that the incident happened a few weeks ago.

Although not specifying what was dropped into the prison, he said it was confiscated by guards.

It was the first time a drone has been used like this in the province. It is not however the first incident of its kind.

In 2015 there were six sightings of drones over just one prison near Kingston Ontario. One of those incidents involved the drop of a cellphone and a small amount of tobacco.  The items were seized by guards before the inmates got access.

Drone incidents around prisons have also been an issue in the United States and Great Britain.