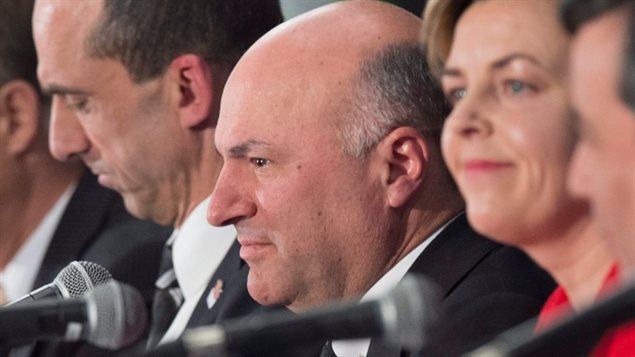 The opposition Conservative Party is in a campaign to choose a new leader and people from outside the party are trying to stop it from picking someone with populist or anti-immigrant views. There is a social media campaign urging people to join the party in order to enable them to vote for the new leader.

“Some of the articles on social media basically highlight that pretty much all of the candidates are unacceptable to them except Michael Chong. So, a lot of these people are people who might even be traditional supporters of other parties or work very hard usually to stop conservatives from winning,” says Harold Jansen, professor of political science at the University of Lethbridge.

Goal is to stop Leitch, O’Leary

The idea is to stop candidates like Kellie Leitch who holds that would-be immigrants to Canada should have to pass a test of “Canadian values.” During the last election campaign she said her party would set up a snitch telephone line so that people could report what she called “barbaric cultural practices.”

There is also suspicion of leadership candidate Kevin O’Leary who, like U.S. President Donald Trump, has appeared on a reality television program and is an outspoken and wealthy businessman. Many Canadians voice their dislike of Trump and O’Leary has gone to some lengths to say he is not like Trump.

Michael Chong is seen as the most moderate of the candidates.

Way of choosing a leader has changed

It’s not clear how effective this social media campaign will be. It costs $15 to join the party and joiners would need to fill in a ranked ballot with their top choices for leader. There are 14 candidates in the running.

The way the leader is chosen by Conservatives has changed. It used to be that each riding would choose one representative to go to the leadership convention. Now all party members get a ballot which makes it easier for individuals to participate directly in the vote for leader.