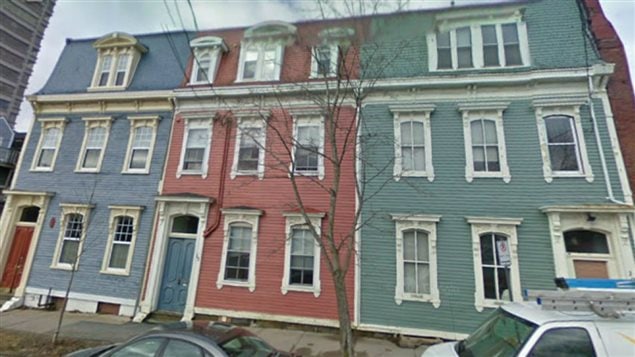 The ageing "jellybean houses" of St. John appear headed for a confrontation with a wrecker's ball this spring.
Photo Credit: cbc.ca

The name is exotic, the reality? Not so much.

There’s something of a fight these days over a row of three ageing residences, known as the “jellybean houses,” in the city of Saint John, New Brunswick.

A group of residents is trying to save the dilapidated, mould-filled buildings and has accumulated over 1,000 signatures on paper and online.

However, it appears the petition and sporadic demonstrations will–very likely–not be enough to save a once-treasured part of St. John’s heritage.

The houses survived Saint John’s Great Fire of 1877 that destroyed 80 per cent of the city, but it now appears the carved windows and once-brightly-painted exteriors will be put out of their misery sometime this spring.

City Hall says the cost of saving the buildings–a long shot at best–is just too much and has ordered them demolished, though no date has yet been set.

Supporters are hoping that–at the very least–the buildings’ facades can be preserved, and Deputy Mayor Shirley McAlary says that’s not off the table, but City Hall wants to know the cost before making any promises.

I spoke by phone with Ms. McAlary at her St. John home on Tuesday.