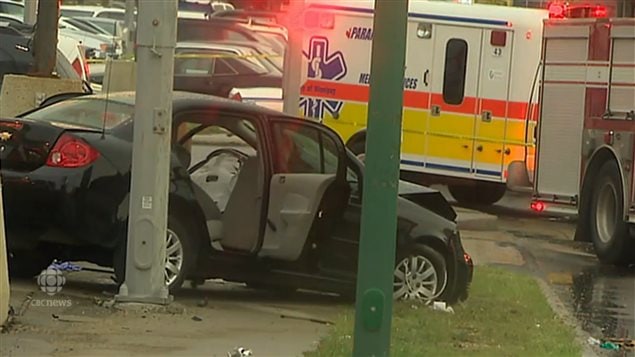 The transport minister says he is concerned by an increasing number of accidents caused by texting while driving.
Photo Credit: CBC

Federal transport Minister Marc Garneau says he plans to make it a priority to talk to his provincial counterparts soon about distracted driving, reports Canadian Press. Garneau says he is concerned about increasing incidents caused by drivers using cellphones or other electronic devices.

In Canada, rules of the road come under provincial jurisdiction. Since 2008, the 10 provinces and three territories have passed laws to discourage distracted driving. If someone is found guilty, they may face fines that range from $100 to $1,200 and demerit points may be imposed. Accumulation of demerit points can lead to the suspension of a driver’s permit and increased insurance costs.

While driving comes under provincial jurisdiction, Garneau wants to discuss making distracted driving a federal offence under the Criminal Code of Canada.