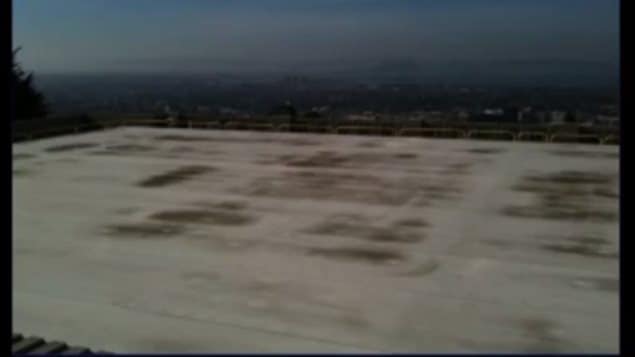 People are being encouraged to install cool reflective roofs to try to reduce the city heat that contributes to global warming. But light roofs get dirty and can become less effective at reflecting heat away. An engineering team at Concordia University in Montreal worked with researchers at the Lawrence Berkeley National Laboratory in California to find a fast way to test them.

They created what they call a “cool roof time machine” which simulates three years of aging on roofing products into three days. They put pieces of different roof material into a weathering apparatus which exposed it to heat, moisture and ultraviolet light for one day but which simulated a much longer period.

They then devised soiling mixtures to mimic three environments: one hot and humid, another hot and dry, and one with a polluted atmosphere. They compared their results to the natural aging of roofs they had measure over three years and found them to be comparable.

Millions to be saved

Overall, the researchers found their process to be 400 times faster than natural exposure and estimated it would cost about 80 per cent less to test a single product. This means products could be tested before being developed for roofing. It’s estimated this could avoid three years of lost sales worth $4.5 million US to $9 million US per product.