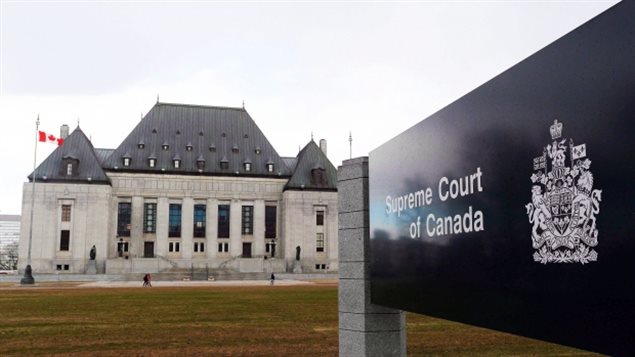 The Supreme Court of Canada has made two landmark rulings today over the government’s constitutional *duty to consult* with aboriginal groups on development projects.
Photo Credit: Sean Kilpatrick/Canadian Press

It’s been a three-year battle for the mostly Inuit communities of Baffin Island, but today they’ve won their battle at the highest court in the land.

The Supreme Court of Canada has cancelled plans for seismic oil and gas exploration off the coast of Baffin Island, which residents say could potentially harm marine life and their reliance on the fish and animals for sustenance and traditional way of life.

Nader Hasan is a constitutional lawyer working on the case and a partner at Stockwoods Law Offices in Toronto.  I reached him in Ottawa by cell phone where the decision was handed down earlier today.

The case began in 2014 when the National Energy Board granted a licence to a Norwegian consortium to conduct seismic tests to determine if there were oil and gas reserves below the seabed off the coast.

The loud seismic tests involve blasts from towed underwater air cannon which send sonic shock waves into the seabed. Analysing the reflected sound indicates what features lie under the bed.

Led by the community of Clyde River, the Inuit say the shock waves could scare or even kill various sea creatures, fish, krill, seals, whales etc, that they depend upon and began a long legal challenge to the NEB decision.

Their argument was that the NEB did not consult properly with them as is required by constitutional law before it granted the exploration licence.

Today’s ruling overturns the NEB’s decision and so revokes the exploration licence.

According to lawyer Hasan, this decision clearly says the government, either directly or through regulatory agencies must conduct a thorough consultation with indigenous groups when a project will have an affect upon them or their way of life.  He says in this case, the Supreme Court unanimously ruled that the NEB also clearly did not conduct even a minimum of consultations with indigenous groups who would be affected by the testing saying the process was “significantly flawed”.

He said in this particular case the government’s “duty to consult” was at the high end of the scale, and the actual process did not meet obligations even at the lowest level of the scale. In fact some of the so-called consultations were conducted not by the NEB, but by the consortium, consultations the Inuit say were not satisfactory.

Hasan says this ruling will have an effect on every major resource project going forward.  He note that the decision is at its core not about energy projects, but rather that the people most affected by those projects must have a voice in the process, and about the rights of indigenous peoples. It is an indication that consultations must not merely focus on environmental issues but on treaty impacts.

Ruling re challenge by Chippewas against Enbridge pipelines denied

In another ruling also today, the SCC denied the claims of the Chippewas of the Thames First Nation in southern Ontario. In that case Enbridge received approval to reverse the flow of its 9B pipeline and increase flow rate through its pipeline in order to pump heavy oils from western Canad through its line from Sarnia Ontario, to Montreal Quebec.

In that case the court ruled that the consultation process with the company was “manifestly adequate” and that the change had minimal impact on the Chippewa.