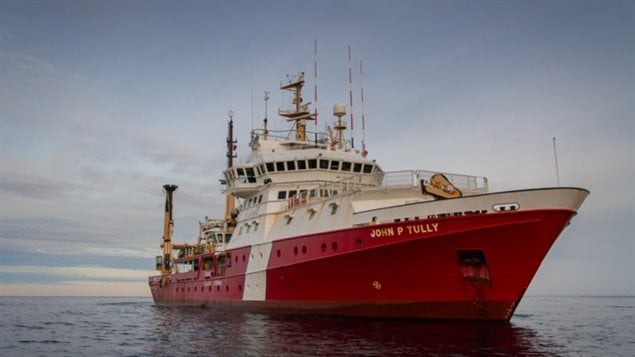 A team of scientist from Fisheries and Oceans Canada on board the Canadian Coast Guard Ship John P. Tully has been conducting an exploratory mission to survey and collect the first-ever underwater footage of the Union and Dellwood seamounts, found in Canada’s new Offshore Pacific Area of Interest, off the coast of British Columbia.
Photo Credit: DFO

A team of scientists on board the Canadian Coast Guard Ship John P. Tully have been on an exploratory mission this summer to survey and collect the first-ever underwater footage of the Union and Dellwood seamounts off the coast of British Columbia.

These seamounts, mountains that rise from the ocean seafloor but do not reach the water’s surface, are located in Canada’s new Offshore Pacific Area of Interest, a vast swath of ocean about 100 kilometres west of Vancouver Island that the federal government considers turning into a Marine Protected Area (MPA).

The researchers have been studying the oceanographic conditions on and around these two seamounts.

Their research will help assess the presence, abundance and distribution of species living around these hotspots of biological diversity. Of particular interest are animals known to inhabit these vulnerable marine ecosystems, such as coldwater corals and sponges, Fisheries and Oceans Canada said in a press release.

The team from Fisheries and Oceans Canada have been streaming their research from two kilometers under the sea using their new “BOOTS” submersible drop-camera, which stands for Bathyal Ocean Observation and Televideo System.

Data gathered during this mission will inform the planning and management of the future Marine Protected Area. 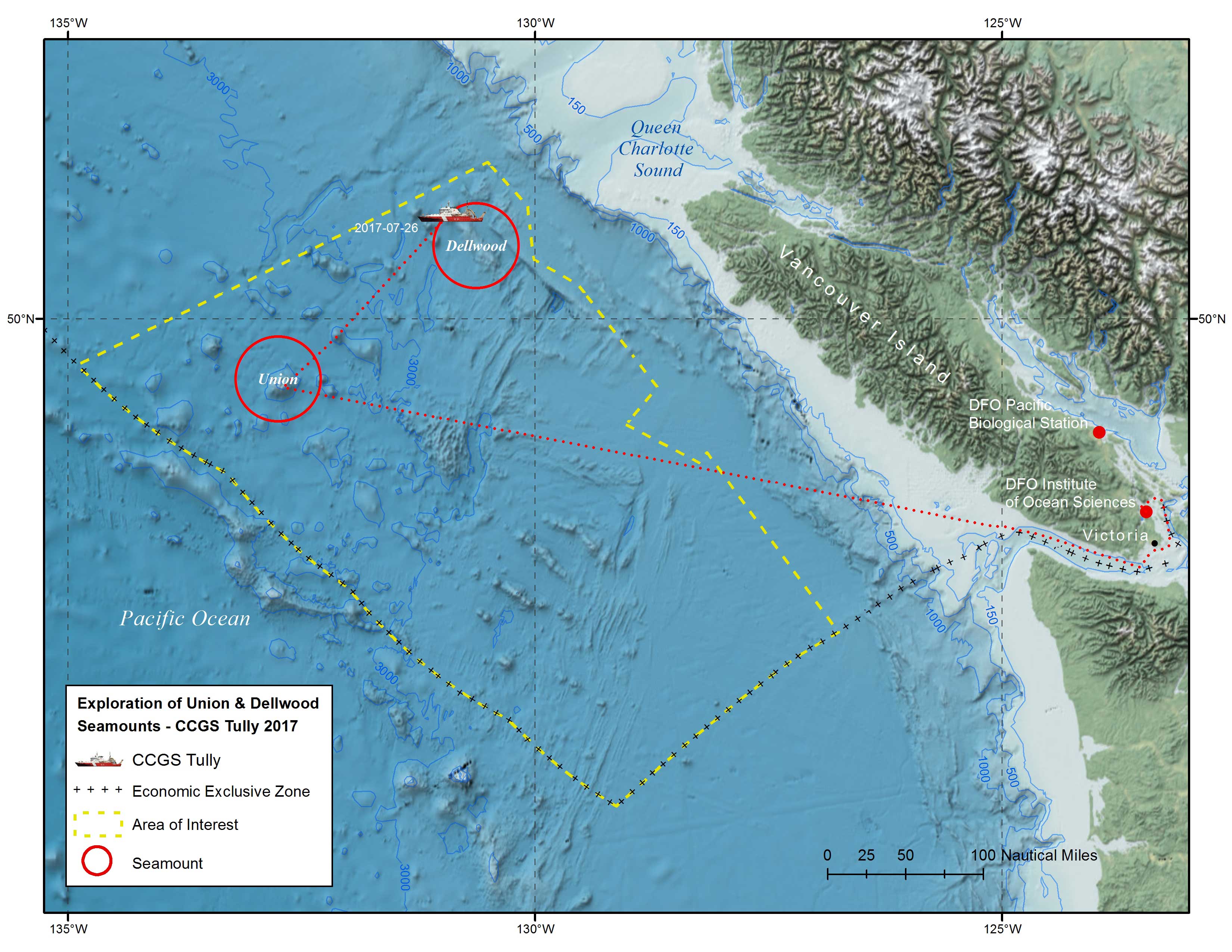