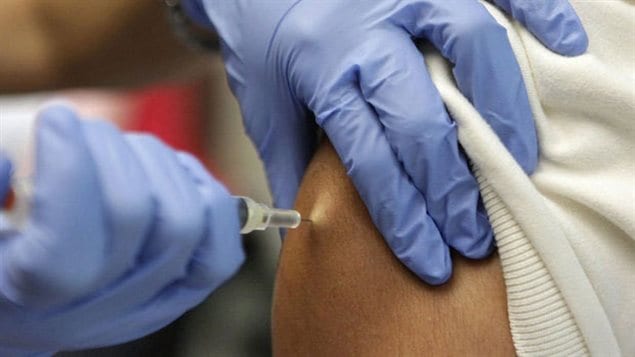 A new study supports arguments that both girls and boys should be vaccinated against the human papillomavirus (HPV).
Photo Credit: Jae C. Hong/Associated Press

A new study found that an increasing proportion of oral cancers was caused by the human papillomavirus (HPV) compared to that linked with alcohol and tobacco use, and that men were more affected than are women. The study in the Canadian Medical Association Journal found the rate of oral cancers related to HPV increased by about half between 2000 and 2012.

HPV is most common STI

In 2000, about half of throat cancers were caused by HPV and in 2012 that proportion was 74 per cent.  Most oral cancers of this nature are linked to oral sex. Globally, HPV is the most common sexually transmitted disease.

Most forms of the virus do not cause symptoms and are cleared without treatment within two years. But some forms can cause cervical cancer in women, cancer of the penis in men and oral cancers in both sexes.

Oral cancers caused by HPV are more easily treated than those with other causes.

In 2006, the first vaccine against HPV infection was approved for girls in Canada between the ages of nine and 26. One year later, the Canadian government provided funding to the provinces and territories for vaccinating girls. It is they who manage health services is their own jurisdictions.

Subsequently, arguments were made that the publicly-funded immunization should be extended to boys. This study is the latest to support those arguments. Already, six Canadian provinces fund HPV vaccines for boys and four others plan to do so in the next few months, reports Canadian Press.