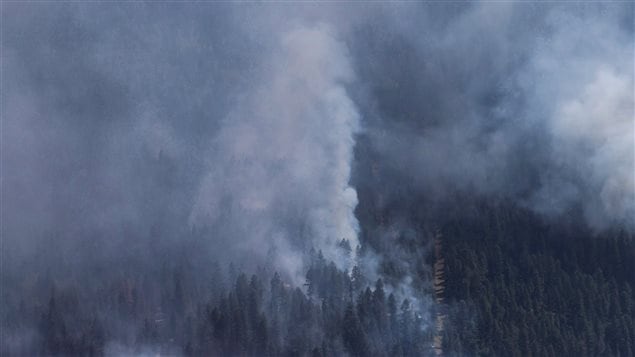 A wildfire is seen from a Canadian Forces Chinook helicopter as Prime Minister Justin Trudeau views areas affected by wildfire near Williams Lake, B.C., on Monday July 31, 2017. British Columbia is facing its worst wildfire season as flames scorch more than one million hectares of land and costs rise to deal with the devastation.
Photo Credit: PC / DARRYL DYCK

More than 400 firefighters are battling to contain the largest recorded wildfire in British Columbia’s history burning in the province’s rugged interior.

Speaking to reporters on Monday, Kevin Skrepnek, chief information officer with the B.C. Wildfire Service, said 19 fires have merged on the Chilcotin Plateau, creating a single fire that’s estimated to be more than 4,600 square kilometres in size.

Previously, the largest recorded B.C. wildfire was a 2,200 square kilometre blaze that burned in the northeastern part of the province in 1958.

There are 135 fires burning throughout the province, including seven new ones Skrepnek said.

It’s been the worst fire season in B.C.’s history, with 1,064 fires scorching over 1 million hectares of forest (10,000 square kilometres) since April 1st. The province has spent $351.1 million fighting the fires, Skrepnek said. 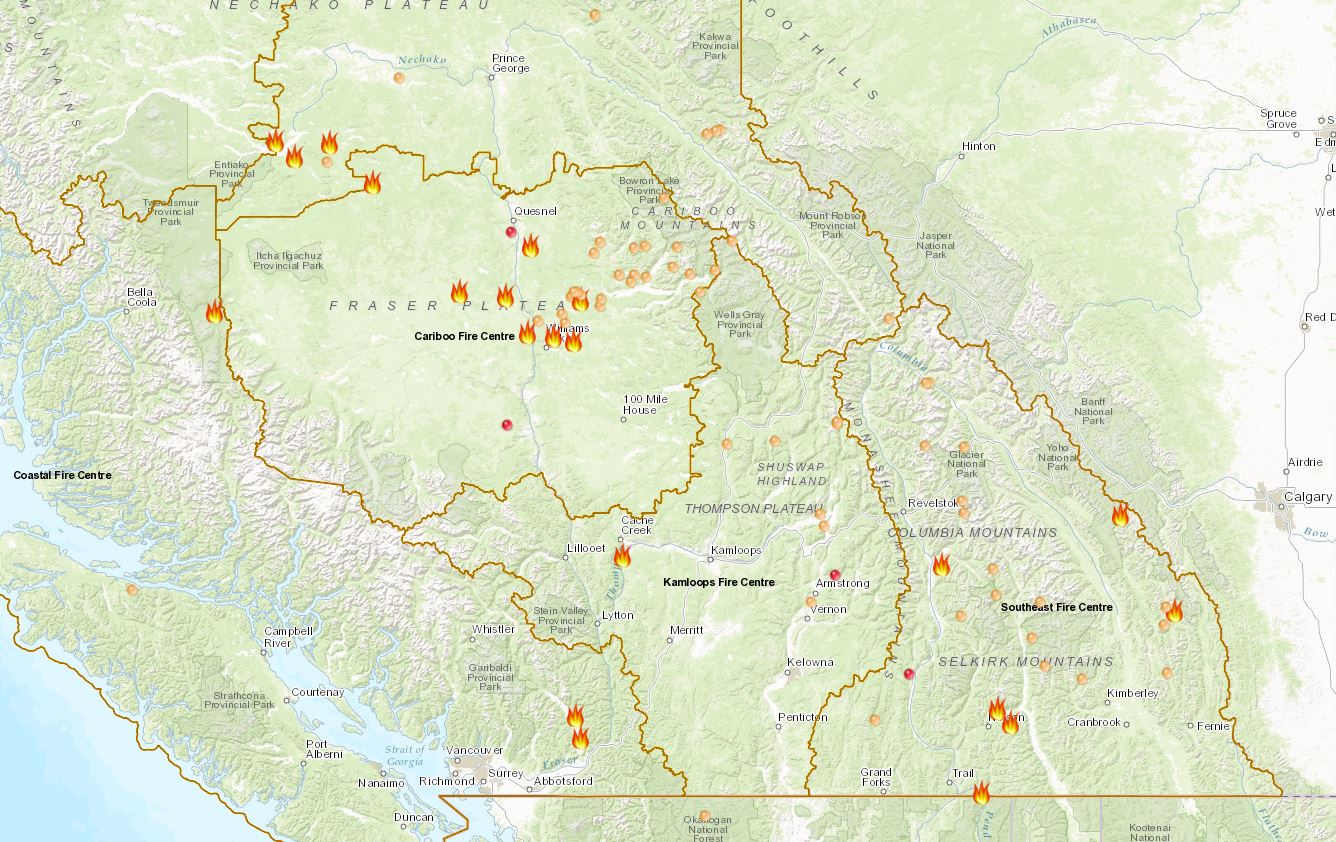 More than 3,700 people are engaged in fighting the wildfires throughout the province, including 700 firefighters from outside of B.C. Officials have also deployed 177 aircraft – helicopters and airplanes – to help the ground crews fight the wildfires.

Emergency Management B.C. says 3,800 people remain displaced by the fires and nearly 10,000 more have been warned that they may need to leave on a moment’s notice.

Skrepnek says crews fighting flames in the southern part of the province are getting help from a high pressure system that brought with it relatively calm weather and seasonal temperatures. However, unsettled conditions are expected to return later this week, bringing wind and possible lightning as a cold front moves across the province, Skrepnek said.

“We could see potentially these fires flare up if we see a dry cold front with wind and lightning,” Skrepnek said. “But it could also bring showers with it.”

Calmer conditions are expected to return next week, he said.