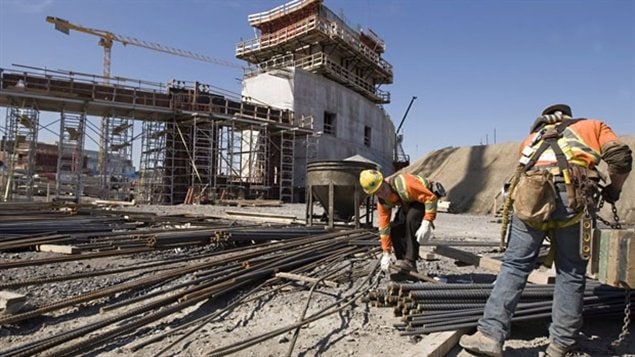 Minimum labour standards have been agreed to by Canada, the U.S. and Mexico but unions say they are not enforced.
Photo Credit: Clement Allard/Canadian Press/file

Unions in Canada want current trade negotiations with the U.S. and Mexico to result in the creation of a mechanism to enforce the minimum labour standards agreed to by all three countries.  Talks have begun on the renegotiation of the North American Free Trade Agreement (NAFTA) which U.S. President Donald Trump claims to be unfair to his country.

‘Invalid’ unions in Mexico cited as a problem

Unions are concerned about many of the issues in the deal but topping them is labour.

“What happens is that corporations will take advantage of low wages in Mexico. They will have totally invalid unions. They are company unions. The workers don’t elect them…They often face threats or discrimination if they try to elect their own independent union,” says Angella MacEwen, a senior economist at the Canadian Labour Congress.

“That keeps wages down in Mexico and then the companies will use that threat of moving their corporation…shutting the plant down and moving it to Mexico in order to keep wages down in Canada and the United States.” She says a tribunal to enforce labour standards would bring up wages in Mexico and reduce the pressure to lower wages in the other two countries.

The unions also want the removal of Chapter 11 which allows corporations to sue governments if they pass regulation or laws that affect their profitability. For example, Canada currently is renewing aging infrastructure and, in awarding contracts for the work, it often puts in conditions that promote equity or apprenticeships. These can be and are challenged under the current North American Free Trade Agreement (NAFTA). MacEwen says if Chapter 11 were struck down, the trade agreement would revert to Chapter 19 which allows for state-to-state resolutions which, she says, are more democratic.

Unions are also concerned about intellectual property rules that affect such things as television programming, cultural programming and the cost of drugs. For example, there is concern that if more protection is afforded to big pharma, that drugs will get more expensive for Canadians. MacEwen says trade “really affects every aspect of our lives.”

The Globe and Mail newspaper quotes a source as saying U.S. negotiators are taking a hard line. MacEwen is not concerned. She says the U.S. is under more pressure to make a deal because of elections coming up in a few months. She believes that if NAFTA is withdrawn, much of Canada’s trade relationship with the U.S. would be covered in a similar way under the World Trade Agreement.