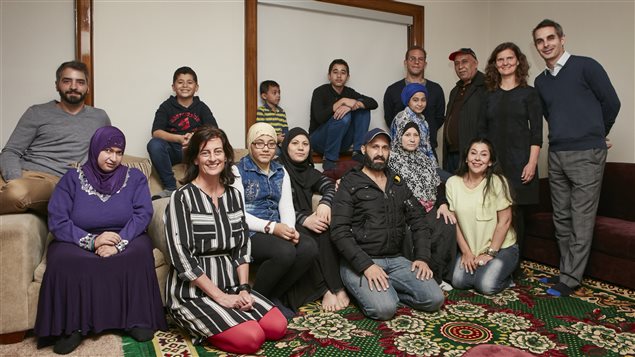 So many Canadians volunteered to help the thousands of Syrian refugees coming to Canada starting in 2015 that resettlement agencies could not cope. After initially promising to take in 25,000 Syrians the government had admitted over 40,000 by January 2017.

“If we want to describe the response of Canadians, it was this unprecedented outpouring of support. People really wanted to help out and they wanted to help out in a direct way,” says Craig Damian Smith who prepared a report on what happened. He is a research director at the Together Project, a Toronto organization that matches newcomers with groups of about five volunteers.

There are many organizations across Canada that routinely help refugees settle in. As the waves of Syrian refugees arrived, they faced a double burden of helping more people than they were used to and dealing with an influx of volunteers wanting to help. “It wasn’t as if the settlement sector didn’t want or need the volunteers,” says Smith. “It’s just that they didn’t have the institutional capacity to bring them on.”

Volunteers must be screened

Smith notes that refugees are “a uniquely vulnerable population” and so, volunteers who want to work with them must undergo background checks. They must also be trained and this was not always possible. “Sometimes there was a lot of frustration from volunteers,” he says.

Some people channeled their frustration and created new groups to help Syrian refugees. Among them was a group that started a Newcomer Kitchen where Syrian women could cook traditional meals. and it eventually turned into a catering operation. There were also language initiatives at the University of Toronto and elsewhere, and some small cafes and other businesses were created.

Some of these and other initiatives have endured. As well, settlement agencies have hired volunteer co-ordinators in case another wave of Canadians comes forward to help refugees in the future.