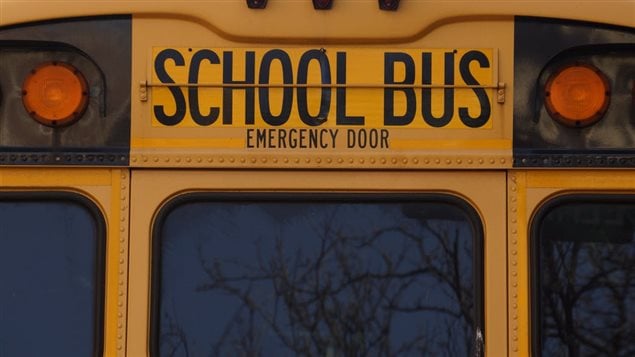 Talking about education: read RCI’s reports on learning in Canada

Students have gone back to school in Canada.  According to the OECD’s latest ranking, the Canadian public school system comes fourth among 31 others in the world. What is it like to be a student in Canada? Read RCI’s many reports on the subject.

Seven Canadian universities and colleges are participating in a pilot project to teach students how to better understand and manage their mental health. This comes at a time when a fifth of Canadian post-secondary students are feeling depressed and anxious or are dealing with other mental health issues, according to a 2016 survey. Serious crises and thoughts of suicide are increasing on many campuses.… more

College and university tuition fees are up in Canada

The government statistics agency has announced that tuition fees in Canada have increased by an average 3.1 per cent to $6,571 for undergraduates and 1.8 per cent to $6,907 for graduate students. There are similar increases for fees at community colleges and, for international students, tuition has increased 6.3 per cent to an average $25,180.… more

An expensive bachelor’s degree is not enough: survey

A majority of Canadian post-secondary students do not think they will get a job after spending tens of thousands of dollars to get their first degree. A poll by the CIBC, a major Canadian bank, found 74 per cent of students think they will need more training in spite of having spent an average of $14,000 for each year of post-secondary education and having an accumulated debt of $30,000… more

The majority of Francophones in Canada live in the province of Quebec which has several universities to serve them, but now the province of Ontario wants to create its own first, French-language university. Demand for education in French has grown alongside an increase in the number of Francophones who have moved to Toronto from other provinces and from outside the country… more

About 95 per cent of Canadian children go to public schools and a ranking by the OECD puts them in fourth place among 31 school systems in the world. This is determined by the performance of 15-year-olds on math, science and reading tests.… more

Officially, public education is free in Canada but, in recent decades, parents have raised money for enhancements and there is concern that means some schools are able to offer more to students than others.… more

In the mostly French-speaking province of Quebec, the school history books were changed in the brief period when the separatist Parti-Quebecois was in power in the province. They asked Quebec nationalist historians to rewrite the books. Many non-francophone groups in the province are upset about the results… more

The Canadian Federation of Students says that government underfunding of post-secondary education is fueling the crisis of household debt in Canada. Canadian families have debts that average 171 per cent of their disposable income and amount to more than the size of the Canadian economy, according to a new report it commissioned... more

The Canada Homestay Network is looking for more people in Sudbury, Ontario, willing to welcome international students into their homes. The network links international students who want to study in high schools, colleges and universities across Canada, with someone essentially who has an extra bedroom in their home, and is open to spending some time with a student and provide meals… more

Some students at the University of Alberta want the government of their western province to take revenue raised from the sale of marijuana and spend it on mental health and addiction initiatives. The Canadian government is planning to legalize the recreational use of marijuana soon and the tax on sales will fatten the coffers of provincial and territorial governments… more

Montreal ‘Best City in the World for Students’

Montreal is now rated ‘The Best City in the World for Students’, beating out Paris and London for the first time. This according to QS Quacquarelli Symonds, global higher education analysts. Montreal came out on top of Paris, which held first place for the last five years, jumping from 7th place last year… more