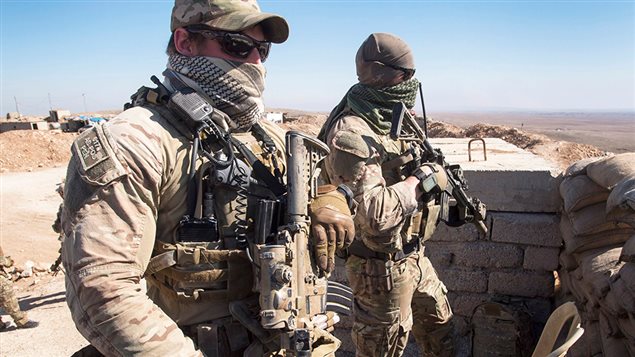 It is believed there are up to 2,000 Daesh (ISIS)  holed up in the northern Iraqi city Hawija,one of their last strongholds which they have held since 2014.

A battle for the city of about 150,000 in northern Iraq has begun, aided by Canadian military personnel.

A Department of Defence press release yesterday said, “As part of Canada’s whole-of-government strategy in response to the crises in Iraq and Syria, and following the liberation of Mosul by Iraqi Security Forces (ISF), the Canadian Armed Forces are now providing advice and assistance to ISF in the area around Hawija, Iraq”.

In an interview with PostMedia Major-General Mike Rouleau said that Canadians will be continuing their role in planning for the battle. Although Canadian military are not to take part in front line action, they are allowed to use lethal force to protect themselves or Iraqi or Peshmerga forces if needed.

The Defence press release notes that Canada has also sent a small team of military engineers to observe ongoing explosive threat training that the ISF are receiving under the North Atlantic Treaty Organization (NATO) Training and Capacity Building – Iraq mandate. This is the first step in plans for highly-skilled Canadian combat engineers to provide this training to ISF later this fall.

Even if or when Hawija is freed from Daesh control, Canadian Brigadier General Steve Whelan, the senior Canadian officer overseeing international efforts to train local forces, says the fight will be far from over. He suspects the militants will shift to typical terrorist tactics like suicide bombings.

In this current battle however the Kurdish Peshmerga will not take part in the attack on the city in an area which both the semi-autonomous regional government of the Kurds and the central Iraqi government claim as their territory.

The Kurds plan to hold a referendum on September 25 towards declaring an independent state in northern Iraq, an act which is creating tension between the ISF and Peshmerga. Many nations are urging the Kurds to call off the referendum plan, noting it will likely hurt the fight against militants and could result in fighting between the two groups currently allies against Daesh.