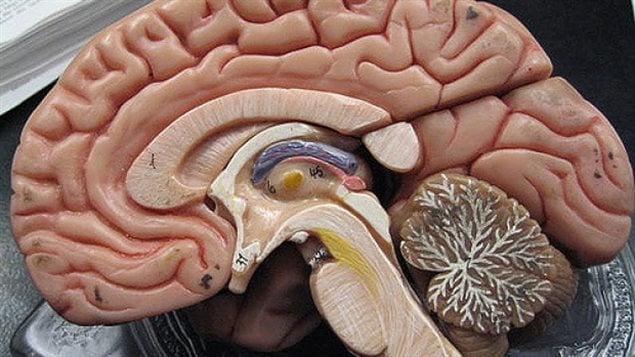 Unlocking some of the mystery of autism: early indications

We’re still a long way from understanding the causes of autism, but new research has shown some brain developmental issues even as early as 6-12 months in a baby, can be related to autism symptoms later in life.

Lewis is the lead author of the study entitled “The Emergence of Network Inefficiencies in Infants With Autism Spectrum Disorder” which was published in the journal Biological Psychiatry. ( Abstract and open access here)

The study involved looking at brain “efficiency”, the interconnectedness of various regions of the brain. Lewis says while the six to 12 month old babies could exhibit no signs of autism,  those showing interconnectedness deficiencies went on toedevelop autism later in the long-term study.

He likens the analysis to a GPS. When you set out on  a trip, the most efficient route will be shown as the shortest and/or on the widest, fastest highways,  An efficient brain sends signals the same way on short fast connections, but when those signals are sent via a circuitous route, they are slowed and the connections between parts of the brain become less efficient.

In the research, the brains of some 260 infants aged 6 to 12 months with low to high risks of autism were studied in a form of magnetic resonance imaging (MRI), known as diffusion weighted imaging. Earlier studies of two year olds, had found that network efficiency in autistic children was lower in regions of the brain involved in language and other behaviours related to autism.   The research team goal in this research was to determine how early these abnormalities began to occur.

The study also noted the connectivity issue was in the temporal lobe and in areas involved in sound processing, language and other functions.

The research found that the primary auditory cortex was the first to show connectivity concerns and other sensory input areas followed i.e. first auditory, then visual, then touch processing.

Lewis says it appears the first indication of future autism issues show up very early in these abnormalities in the sensory processing areas of the brain. He says everything that relies on the input from those senses then also develops differently (from “normal”) afterward in a cascading effect.  The researchers also found the extent of network inefficiencies in the babies was related to the severity of autism symptoms in the 24-month old toddlers.

The ability to diagnose the earliest signs of autism before behavioural issues develop may lead to better interventions and better outcomes in treatment.

He says the research should continue to see where the earliest signs of abnormalities appear and in gene expression (genetic factors) to find why there are differences in processing in sensory inputs. Lewis says the study showing such early neurological indications for autism eliminates some environment factors as potential causes for the disorder.

The research comes from the Infant Brain Imaging Study (IBIS), involving collaboration among the Montreal Neurological Institute, and four clinical sites in the United States, in a longitudinal brain imaging and behavioural study of infants at high risk for autism.