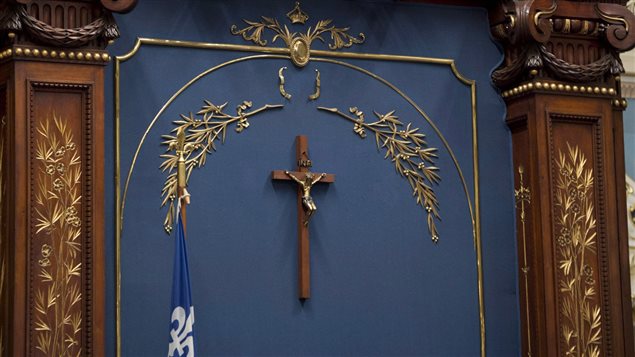 Crucifix will stay on wall of Quebec legislature

Quebec’s Liberal Party government says it will keep the crucifix that sits behind the speaker’s chair in the provincial legislature.

Chair Filomena Rotiroti says there was consensus in the Liberal caucus that the crucifix should stay.

The decision, announced Tuesday, follows the passage of a controversial last week that states that anyone giving or receiving municipal and provincial public services must have their face uncovered.

The bill has been the subject of questions and confusion since it was passed.

Civil rights advocates accuse the province of targeting Muslim women who wear a niqab or burka.

Municipal politicians say it’s unfair to ask public servants, such as bus drivers or library workers, to enforce the law.

The Liberals say the law will be enforced with “common sense.”