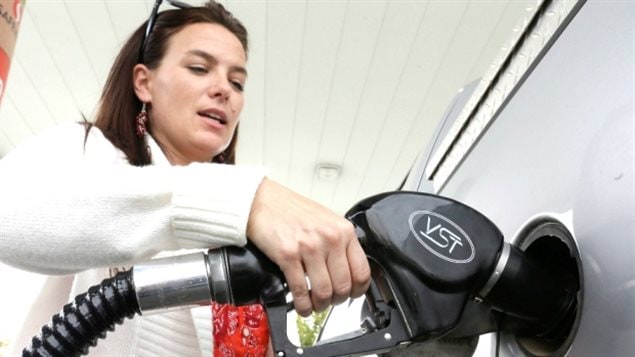 The annual pace of inflation slowed down in October thanks smaller price increases at the gas pumps, as refineries in the United States resumed normal operations following hurricane Harvey, which forced production shutdowns in Texas.

Statistics Canada said Friday the consumer price index was up 1.4 per cent in October compared with a year ago, following a 1.6 per cent increase in September.

Excluding gasoline, the index was up 1.3 per cent compared with a year ago — more than the 1.1 per cent increase in September.

“Canadian inflation remains calm and stable for both headline and core measures, and is towards the lower end of the pack among the major economies,” Douglas Porter, chief economist at BMO, wrote in an analytical note to clients.

“However, we continue to believe that with energy prices generally firmer, big minimum wage hikes coming in some provinces, the job market tightening, and the loonie no longer weighing on prices, the bias is for higher inflation in the year ahead.” 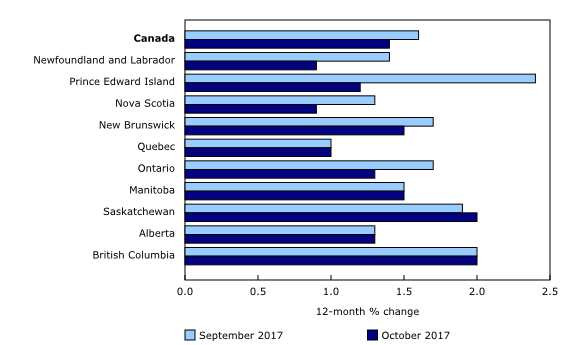 Prices were up in seven of the eight major Consumer Price Index components compared to a year ago, with the transportation and shelter indexes contributing the most to the increase, the federal data agency said.

Transportation prices were up 3.0 per cent compared with a year ago following a 3.8 per cent increase in September, while shelter costs were up 1.2 per cent.

Food costs were up 1.3 per cent as food bought in restaurants gained 2.9 per cent, while food from stores rose 0.6 per cent compared with a year ago.

The softer inflationary pressure means the Bank of Canada will want to see more evidence that underlying inflation is returning to its 2-per-cent target before adding to the two rate increases announced this summer, said Josh Nye, an economist with RBC.

“We think waiting until next April to resume tightening will not only allow the central bank to see how inflation evolves, but also get more information on other sources of uncertainty—particularly progress on NAFTA talks and how households respond to higher rates and further regulatory changes in the housing market,” Nye wrote in a research note.