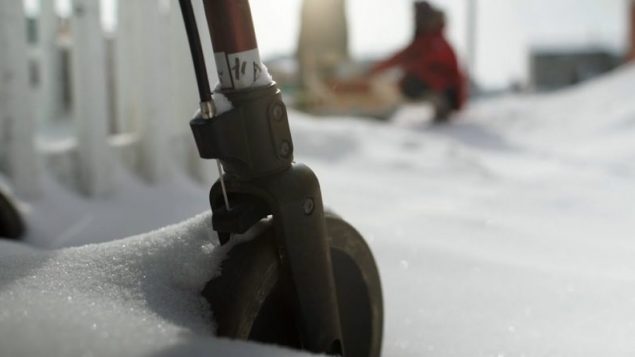 This week on Eye on the Arctic, we’re dipping into our video vault for a look at mental health services in the North.

CAMBRIDGE BAY, Canada _ Recovering from knee surgery isn’t easy for anyone, but for Jimmy Okhina Sr., living in Arctic Canada made it that much more of a challenge.

The surgery took place in Yellowknife, the capital city of Canada’s Northwest Territories.

Afterwards, Okhina was given a walker to take back to his home community of Cambridge Bay in Canada’s High Arctic.

He quickly realized it wasn’t going to do him much good.

The lack of mobility affected Okhina’s ability to do everything from shopping to going out on the land with his family.

So he decided to ditch the walker and find his own solution, making an ‘Arctic-adapted’ walker himself, based on the construction of the Inuit sleds he’s spent his life building.

Eye on the Arctic spent a morning with him to find out how he did it.