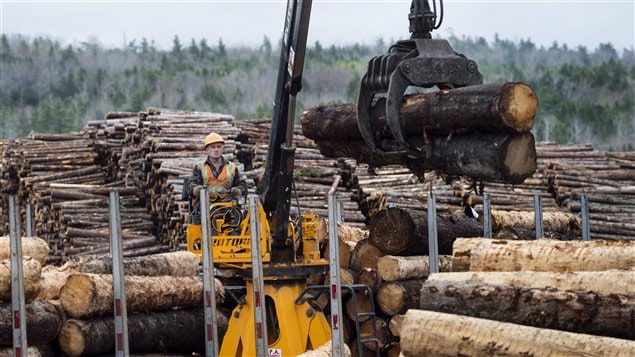 Canada is seeking consultations with the U.S. under the WTO over duties on Canadian softwood lumber imports.
Photo Credit: PC / Darren Calabrese/Canadian Press

Canada has requested World Trade Organization consultations with the United States over anti-dumping and countervailing duties the U.S. Department of Commerce has set on softwood lumber imports from Canada, the federal government announced Tuesday.

“As the Government of Canada has said for some time, we will forcefully defend Canada’s softwood lumber industry.”

Canada has already challenged the countervailing duties under Chapter 19 of the North American Free Trade Agreement.

The U.S. government said on Nov. 2 that it made a final determination to impose duties on Canadian softwood imports, claiming producers here were selling into the U.S. market at less than fair value, and that Canada provides “unfair subsidies” to domestic producers.

The U.S. government claimed that exporters from Canada sold softwood lumber in the U.S. market at 3.20 per cent to 8.89 per cent less than fair value. The Commerce Department also said it had also determined that Canada is providing unfair subsidies to its producers of softwood lumber at rates from 3.34 per cent to 18.19 per cent.

As a result, Commerce instructed U.S. Customs and Border Protection (CBP) to collect cash deposits from importers of softwood lumber from Canada based on the final rates.

In 2016, imports of softwood lumber from Canada were valued at an estimated $5.66 billion US, according to the Commerce Department.